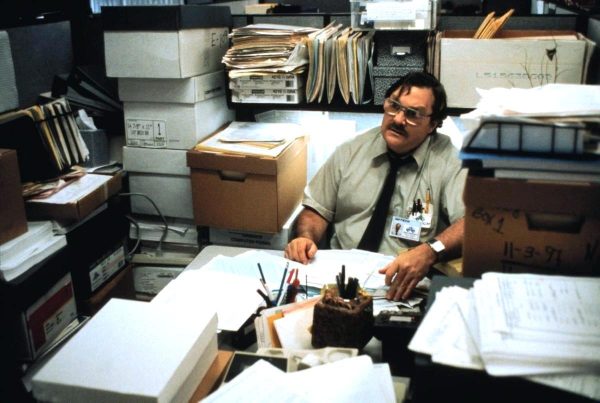 You’d love to bite on some tasty pancakes, but unfortunately your stomach is in a knot from all the stress you feel just thinking about going to work.

As you’re driving, your mind fills with all of the crap you have to deal with this week.

You start to wonder, how many more times can you put up with your manager’s verbal abuse?  Or when will you reach the breaking point with stupid customers?

Maybe you took this job because, at the time, that was all you needed.  Some way to pay the bills.

But now, you’ve had enough.  You deserve better.  There’s something out there, waiting for you.

Then around the same time you’re thinking this, the little devil on your left shoulder starts whispering in your ear… “You can’t quit, all jobs are like this. How do you know the next one won’t be more of the same thing?”

So you bow your head…sigh, and let life continue on.

And before long, another year has passed and you realize once again, you’re at the same job, with the same position, and the same grumpy manager.

Well, today is the day you fight back.  No more excuses for letting life pass you by.

If any number of the reasons below ring a bell in your head saying, “Yep, that’s me,” then maybe it’s time to reconsider working there. 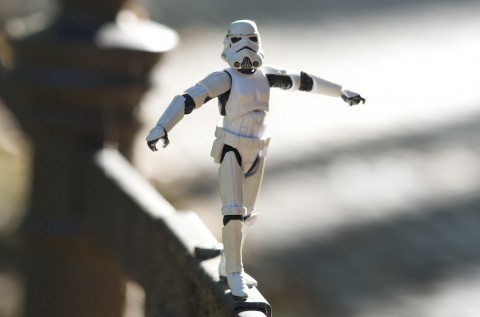 10. You Have No Work Life Balance

Instead of coming home to enjoy being with your family and having some personal time, you’re tied to a cell phone that pings every time you get an email from work.

Little 10 year old Tim needs help with his homework, but that presentation you have to finish won’t take care of itself either.

If you ignore your work, you’re boss will most likely chide you and threaten your job.  If you ignore Billy, your wife might pick up the slack. (Which can cause other problems…we’ll discuss later).

The days just seem to run together and it’s only a matter of time before you burn out and become an unproductive, depressed, little work horse.

Most of the time, this issue really is caused by your own habits, but if you notice Bob in accounting, Kathy in sales, and just about everyone else you work with is under this same kind of pressure, then lack of work life balance is probably part of the company culture.

Sometimes it comes with the job, but if having no work life balance is tearing you down, then you might start looking for work elsewhere. 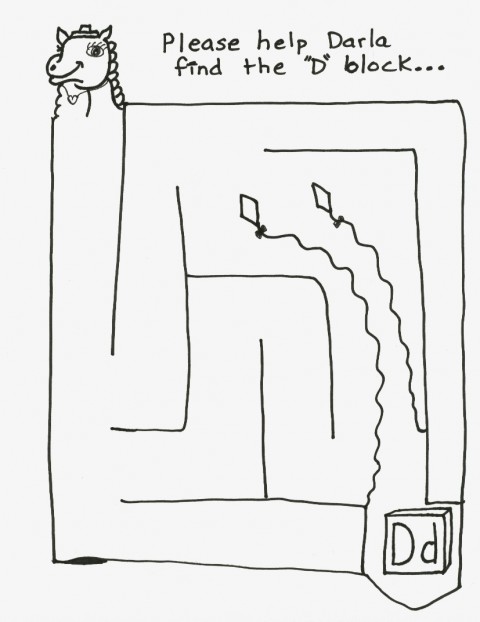 9.  Your Work Is No Longer a Challenge

You’ve mastered your work tasks and now they feel more like a chore than a challenge.

When you look at the clock, it’s as if time is going backward.  Work used to be fun, but now it’s old.

So, is “lack of challenge” a worthy enough reason to quit your job?

Motivation research has found Mastery to be one of the key motivators for work.

So if you’re in that position where you don’t really see how you can grow much further working here, it’s time to move on.

8.  You Aren’t Valued For What You Do

How many times have you given your all to a job, and never been rewarded in return?

You’ve worked at the company for 5 years and make a little more than you did when you started.  Or you constantly are passed up for promotions or transfers to a better job in the same company.

To the business, you are just a cog that can be replaced.  And it shows by how they treat you. 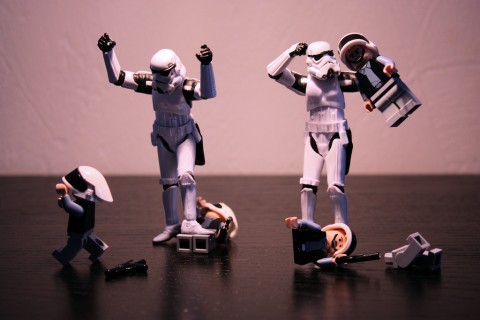 7.  Your Coworkers Drain You

Who you work with is important.  Often, they’ll be more of a family to you then your own flesh and blood.

Are you surrounded by sharks, looking to take advantage of any mistakes you might make?  Or is your office so full of gossip you wonder if you stepped back into high school?

There’s hope for you if you have maybe one or two of these sour apples, but if your work just seems to attract this kind of an environment, look out! 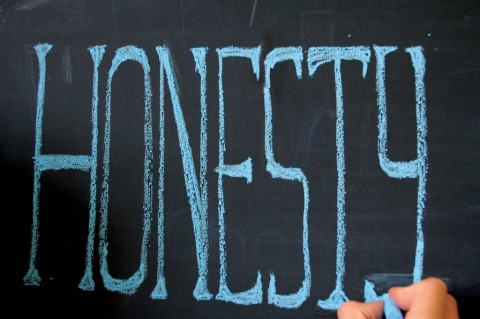 6.  Your Values Are at Odds With the Company Culture

Did you know that one-third of workers say their employer’s core values are not always consistent with their own?

Maybe you’ve felt this way?  It could be working on Sunday’s when you would rather spend that time at church or with family.  Or your manager might encourage you to stretch the truth, when talking to customers.

Whatever it is, having to work outside your values is stressful.  Which leads to reason number five. 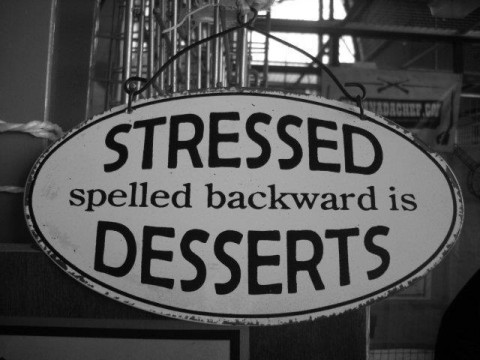 5.  Your Job Stresses You Out

But jobs don’t have to be this way.

Sure there’s going to be times when even the perfect job will stress you out, but it should never be a constant force.

Long periods of stress are linked to hundreds of negative side effects.

You’re only kidding yourself if you think you can put up with that kind of pressure without experiencing some kind of consequence. 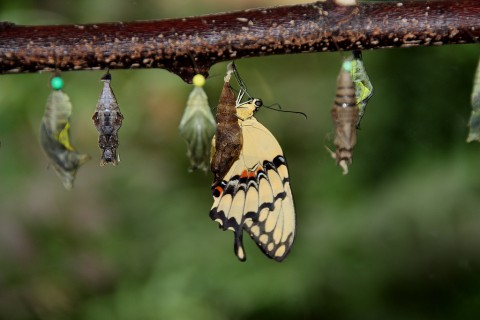 4.  You Fear The Change of Job Switching

Several people KNOW their job is not right for them, but stick it out anyways.

And if you asked them why (if they were honest), I’d bet they’d tell you they won’t change because they’re afraid.

At least you know the BAD stuff that happens where you work.  What if the next job has more of the same or is even worse?

Maybe you’re afraid you CAN’T get another job.  That the job skills you posses have locked you in a career you can’t escape from.

“I’ve been in sales for 10 years, if I want to do something else I’ll have to start all over.”

Fear is your enemy.  Even if it does require starting over, it’s worth it.

Sure the first year or so will probably stink as you get your feet dirty at the bottom of a new career path.

But once you’ve demonstrated some results, that show you know your stuff, you can move up quicker than you might think. 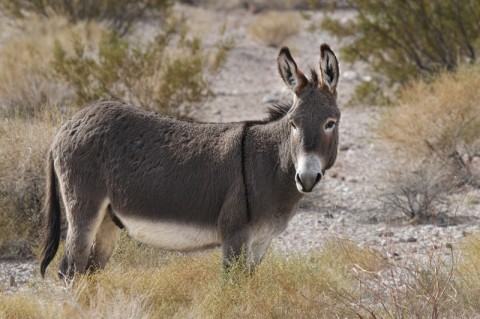 I left this one for you to fill in, but in case you are drawing a blank here’s a link of some classic insulting names.

This is never good.

Your boss NEEDS to be your strongest ally.  When the CEO upstairs says, “I’m sorry but we need to cut staff,” they are going to go to your boss to hear who they would cut?

Even if you were “towing the line”, you could have a stronger chance of staying over a person who had some All-star moments, but constantly butted heads with their manager.

So if you’re past the point of mending things back together, it’s probably safe to start looking elsewhere. 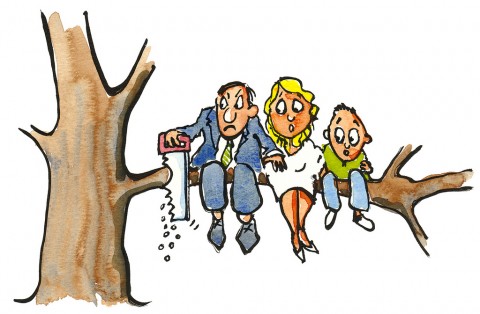 2.  Your Family Is Paying The Price For Your Job

Are you so worn out by the beating your job gives you that it affects your home life?

Do you feel so drained that you’re not much help around the house once you are home?  Or do you often hear those close to you saying, “All you care about is your job?”

Of course, we are assuming this is caused by the job and not by your personal choice to put family as a second priority.

If that’s the case, no job is worth that kind of sacrifice.  I’m sure you don’t need me to tell you. 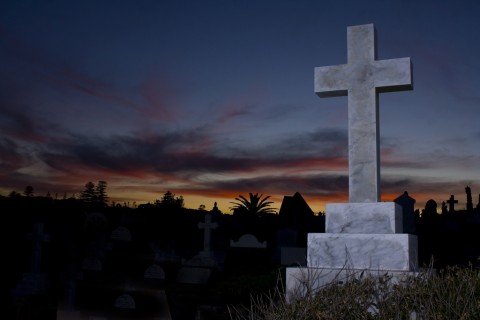 1.  You Understand No Job Is Stable Anymore

For some, you are the first generation to enter the job force where working for “Company X” all the way to retirement is a thing of the past.

While you’ve grown the last 20 years, gigantic fiber optics have been laid across the ocean connecting the world in a way that didn’t exist a generation ago. All of a sudden, information and work could be transmitted across the globe in less than a second.

So now, in regards to that job you want, you aren’t just competing with Rick and Mary who also live in Arizona, you’re competing with Naveen from India.

You probably woke up to that realization quickly once you were in college and saw that all of these students who had Visa’s were pretty dang serious about getting A’s in Economics, Engineering, Quantum Physics, and Microbiology.

Companies have woken up, and as much as they preach about keeping jobs in the U.S., what’s stopping them from hiring Naveen if he’s just as qualified or more, even if he does live in India?

But competing with a bigger talent pool isn’t the only “stability” I’m talking about.

It used to be you could work for a big company like IBM and they’d invest $10,000’s into your professional development.  They did this because employees were loyal and would stay around for dozens of years, in which time the “big company” would get a nice return on their investment.

Which is good for those of us who have sought after skills.  That means if Company A isn’t treating you right, Company B is LOOKING for you.

So in summary, if you think you can stick it out with a soul sucking job forever, don’t be so sure.  It’s far SAFER to take your CHANCES finding another place to work.

And even if that new place isn’t quite perfect just yet, who’s to stop you from moving again in a year or two?

What Are Your Reasons For Leaving a Soul Sucking Job?

I wanted to know what you guys thought were the best reasons for leaving a soul sucking job.

Here’s what you said.

My reason I left was because it never left me.  I tried my hardest to go home to my family and be “away” from my job…but it stuck with me.  It made me unhappy in my personal life way too much.

It’s amazing what a great job will do for you in so many facets of your life.  I love my job now, and it shows (according to my wife). – Patrick L.

My boss was verbally abusive and I was working constantly. He didn’t respect any of his employees and I realized that it wasn’t a good fit for me in any way.

Despite the toxic environment, it was still hard to make the decision to leave without knowing what was next. I realized that life is short and it isn’t worth it to spend time in a miserable job.  – Lindsay H.

You give up a part of your dignity/humanity to preserve the sales, reputation, or image of your company (ie to make the shareholders or already rich bosses richer), and there is usually very little reward for yourself other than keeping your job. – Jameson L.

Feeling that whatever you do is never enough and goes under appreciated. – Hector C.