The Science of Breaks 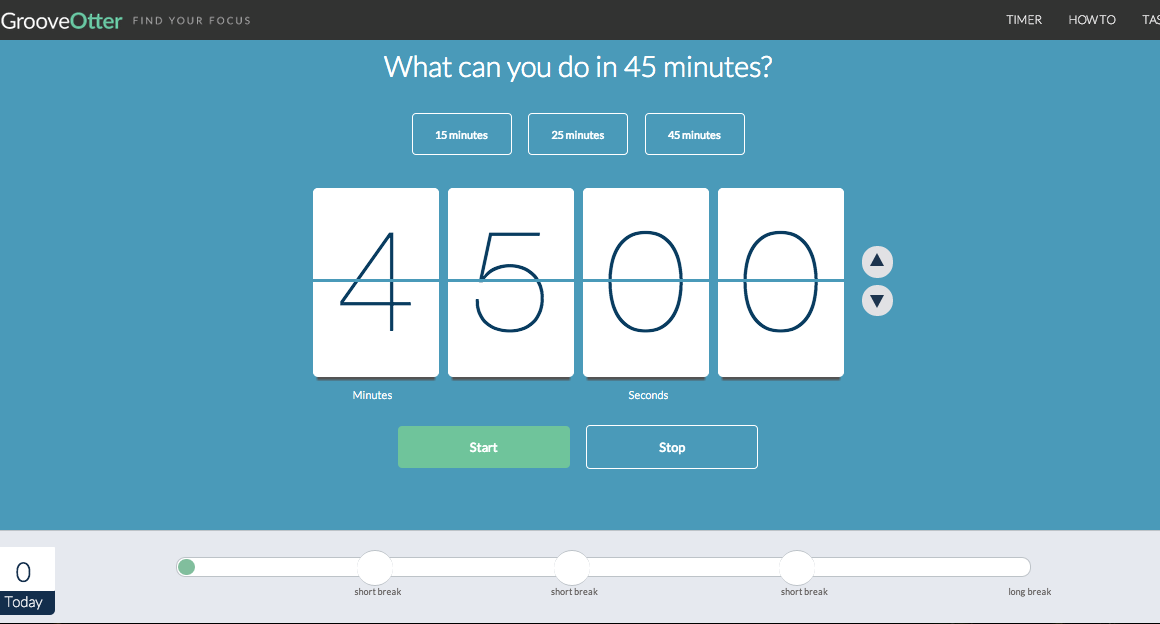 With the New Year in hand, most of us have ambitious plans and a huge laundry list of things we want to get done. It might consist of writing, getting more organized at work, or whatever you envision yourself becoming this year. But like many of us, as the year goes on those old habits somehow creep back into our lives. Maybe it’s watching too much TV or spending more time on Facebook. Whatever your vice is it somehow sneaks back into your life. Fortunately, there is hope for fixing this and it all starts with changing the way you build new habits.

We all get that burst of energy or excitement when we start something new and we work extremely hard to quickly get that new habit into our lives. We put considerable effort in the beginning. But what we don’t realize is that by overworking ourselves in the beginning we’re setting ourselves up for failure later on.

The Reason: Willpower is Not Everything

Everyone is guilty of being too ambitious at times. Instead of treating a new habit as a marathon we need to start viewing them as an activity we do in short bursts.

In order to break old habits it’s important to work in small focused blocks of time. This philosophy is commonly known as the Pomodoro technique and is based on the science of breaks to improve your mental agility and reduce the chance of mental exhaustion.

There are plenty of tools out there that help with this process, the one that really sticks to the spirit of the Pomodoro Technique is Grooveotter. Simply put in the time you want to work and the activity you want to get done. From there you can track how many things you’ve gotten done and how well you’ve accomplished those activities. The key piece being the break that follows it allows the mind to recuperate and keeps you fresh. This New Year get started on the right foot and give those new habits a chance.