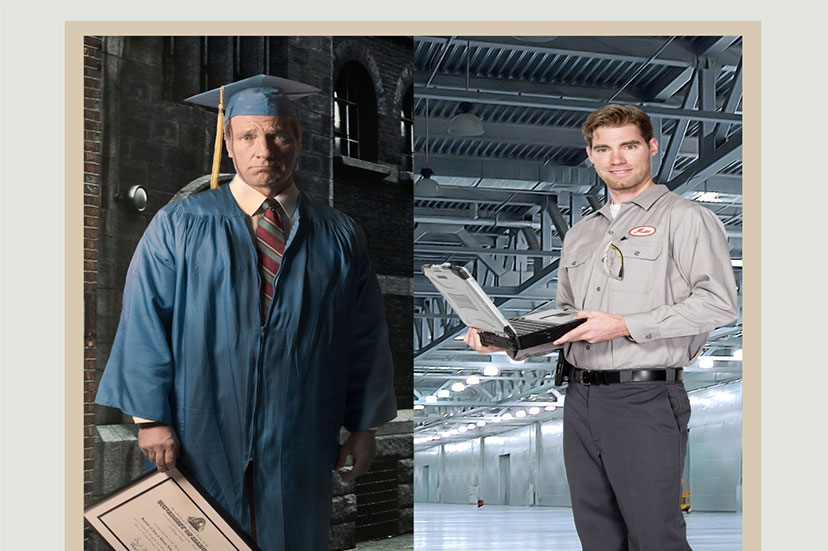 [NOTE: This is a sponsored post from City & Guilds….but that doesn’t mean it’s any less impressive than any of our other kickass posts. FTC disclosure complete.]

While my parents were doing their very best to prep me for a successful life, they drilled into my head that I was going to college.

Go to college, get a good job.

That was the path. The only path.

So that’s what I did. And in my case, it has worked out marvelously.

Of course, I went to an in-state school, when tuition was a measly $600 per semester. And my dad worked for the school, so with the employee discount, we paid less than 50% of that, including books.

And I crammed it into three-and-a-half years. Total cost: under five grand for a bachelor’s degree at a major university.

And less than six years after graduation I was working for a Fortune 100 company with a compensation package of nearly $80,000 per year.

But, as you know, things are a little different today.

College degrees cost much more, they take longer to complete, debt is being acquired to pay for it all, and the high-paying jobs that new grads expect to get are not exactly plentiful.

And at the same time, there were 3 million good jobs that no one seemed to want.

Mike Rowe – former host of Discovery Channel’s Dirty Jobs – has been spending his time trying to help battle the skills gap that now exists because skilled trades & apprenticeships got tossed aside as our society’s youth has been told that a college degree is the only way to success.

In fact, he says we are profoundly disconnected. As he told Fox News Insider about this situation:

“We are lending money we don’t have to kids who can’t pay it back to train them for jobs that no longer exist. That’s nuts.”

Rowe has spent the last several years actively promoting solutions to these problems, mainly via the mikeroweWORKS Foundation. The foundation supports the skilled trades, and awards scholarships for enrollment in accredited trade schools & apprenticeship programs.

So far, the Foundation has raised over a million dollars, and created more than $1.6 million in education scholarships with schools around the country.

Much of the funds have come from private and corporate donations, but there’s also Rowe’s endearing project, Buy My C.R.A.P., which is an acronym for “Collectibles Rare and Precious” and features souvenirs from Dirty Jobs.  [If you miss Rowe’s snarky – yet eloquent & endearing – monologues as much as I do, visit his C.R.A.P. page, or follow him on Facebook. He’s as sarcastic & entertaining as ever!]

Rowe’s commitment to the trades – and his desire to change our perceptions about them – is evident in every interview he gives, and every video he creates. As he said in this video supporting Go Build Alabama:

Apprenticeship programs benefit both the employee and the employer in a variety of ways.

Plus, wages generally increase as an apprentice demonstrates progress in developing their skills. Eventually, apprentice wages reach 85 to 90 percent of the rate paid a fully qualified tradesperson.

Employers benefit from apprentice programs via reduced training costs, reduced absenteeism, decreased turnover, increased productivity, and improved community relations. This structured approach – along with an affiliation with the employer’s state government – attracts more serious applicants than they would see otherwise.

How Do I Find An Apprenticeship?

For UK residents, visit City & Guilds for an extensive list of apprentice programs, organized by category. Their list includes opportunities in the trades, engineering, and healthcare, among others industries.

If you live in the US, check out MikeRoweWorks.com for a list of programs by state. Here in Arizona, there are over 15 different programs from which to choose.

The US Department of Labor has this resource page which provides info on just about everything you ever wanted to know about apprenticeships in the States.

And most state governments have their own resource pages for specific programs – such as the Washington State Department of Labor & Industries‘ web site.

Many Paths to Success

So if you’re at an crossroads, trying to decide if a college degree is worth the time, effort & money, you may want to also consider the world of trades and apprenticeships.

You never know, you might just enjoy building, plumbing, or refrigerating the corner office more than sitting in it. 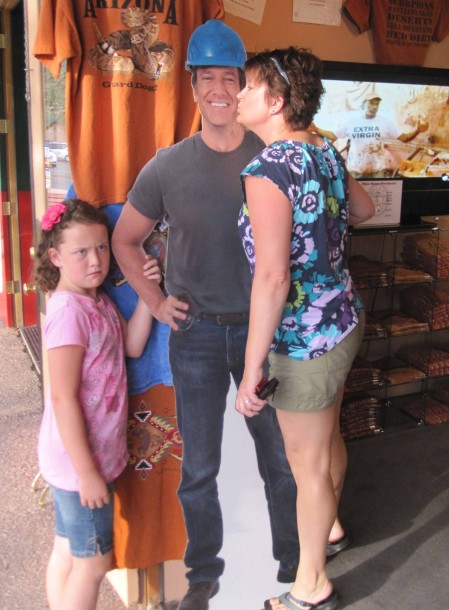 Disclaimer: The author of this post is a member of an informal, 3-generation-strong Mike Rowe Fan Club. She, her mother, and her daughter can name just about any of Rowe’s 300 Dirty Jobs over the years. They’ve watched Deadliest Catch just to hear his voice overs. And they are considering buying a Ford Truck, because, well, you know. Her dream is to interview Rowe for MyCareertopia when she visits San Francisco in May 2014. If – somehow – she’s able to make that happen, she promises to be on good behavior. Unlike in this photo from summer 2010.