4 Social Experiments That Show Why Your Willpower Fails You 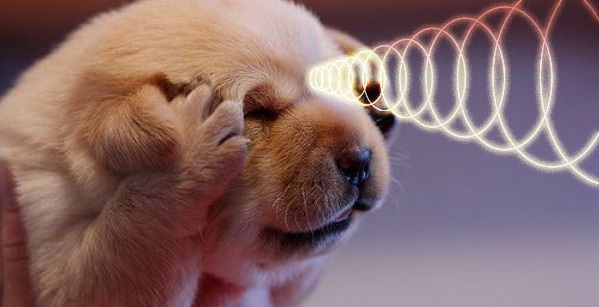 Quality managers have always searched after “willpower” as a needed trait in their teams, but what if “willpower” wasn’t as much a quality someone possesses, but more of a resource people draw from?

A recent article by David McRaney at You Are Not So Smart shows that this may be the case.

So how could this new point of view affect your productivity?

Quite a bit actually.

For example, one experiment will show you how to have a 40% higher chance of getting parole just by changing the time of your hearing.

Now I’m not implying this only applies to those of you that feel like a prisoners at work, but what if you had a 40% higher chance of a raise based on the time you asked for it?

If you make any important decisions at work or want to know how to leverage willpower in your office then read on.

1. The “Nobody Likes You” Experiment

A team of researchers from Florida State, Florida Atlantic, and San Diego State wanted to see how willpower was affected by one’s feeling of belonging.

So they took a group of college students and set out on making them feel miserable to see what the result was on their willpower.

How did they do this?

They took the students and broke them up into same sex groups. Miserableness already beginning.

Then they told them to chat for 20 minutes using common conversation starters. 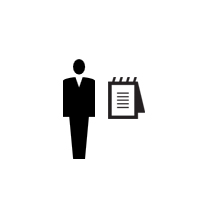 After 20 minutes of hanging out and getting to know each other, the students were separated and asked to write down the names of two people from the fake party that they would like to work with for the next part of the experiment.

The researchers then collected the notes and secretly tossed them aside.

Next, the researchers gathered the group together and told them they would now individually learn the results of how much the others wanted to work with them. 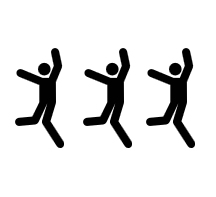 For the first group of randomly selected candidates, the researchers told them, “everyone chose you as someone they’d like to work with. However the group is already too big and you’ll have to work alone on the next task.”

These boys and girls smiled as they walked to their assigned rooms. 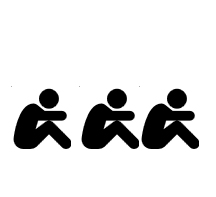 The next group of randomly selected students were told, “I hate to tell you this, but no one chose you as someone they wanted to work with.” Hearing the news that nobody liked them, these students’ eyes stayed glued to the floor as their feet dragged towards the next room.

However, the true experiment hadn’t even started yet. What happened next was what the researchers really wanted to know. 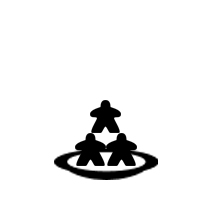 The students were given a bowl of 35 cookies and were asked to judge the cookies by their taste, smell, and texture. There were no guidelines on how many they should eat, and for the next 10 minutes they were left alone to complete the task.

What did the scientists want to know?

How many cookies would each group consume and how would their behavior differ?

You don’t have to be a rocket surgeon to hypothesize which group ate more, but it might interest you to see how much more they ate and why. 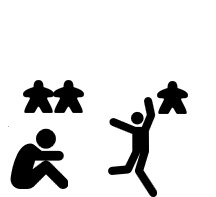 The “loser” group ended up eating on average twice as many cookies as the popular kids.

Before the experiment, I’m sure many of the students in the unpopular group lived very social and successful lives, so how did this experiment affect their willpower in such a way that they ate twice as much as their popular peers?

What does that mean to us non science folk?

It means that when put inside a social group, we understand there are a set of rules we need to follow in order to “fit in”. The kinds of things we don’t really think about but just do such as not interrupting others, taking turns, standing in lines, laughing at unfunny jokes, etc.

We self regulate our behavior to fit in.

So when the unpopular group was told no one picked them, this self-regulation was all of a sudden questioned.

It was as if their minds thought, “Hey, I did all the things I was supposed to do and society still snubbed me. So why should I care how many cookies “the world” thinks is okay for me to eat? I’ll eat as many cookies as I feel like eating!

And that’s what they did.

This experiment can suggest why corporations invest thousands in team building exercises. If someone feels excluded at work, their willpower is likely to be affected.

Instead of concentrating on their work, they have to invest energy into just fitting in. The more they feel they don’t fit in, the more energy they have to use to make up for it.

A pattern you’ll see in the rest of these experiments, is that when willpower suffers, so does our decision making. When our willpower tanks are on empty, we tend to favor making the easier of two choices, despite which one is best.

Pretend it’s 4:00pm on a Friday. You have one hour left before you can go home.

You look at your to-do list and have to choose what to work on next.

Do you choose the complicated, concentration heavy tasks like writing a report? Or do you choose something easy like responding to emails?

Baumeister, the scientist behind the previous experiment, wanted to continue his research on willpower. And for some reason, nothing tests willpower better than delicious cookies.

So for the second experiment, Baumeister told his participants they would be studying taste perception and would need to arrive to the study with an empty stomach.

This was to ensure their willpower would be completely vulnerable.

Once this condition was met, he had the participants individually come into a room with fresh baked chocolate chip cookies stacked on a plate as well as a bland looking bowl full of radishes. 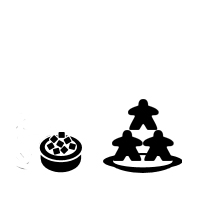 One third of the participants were told to taste only the radishes and then report on their feelings a day later. The second third were told only to eat the cookies. The last third skipped this part of the experiment completely. 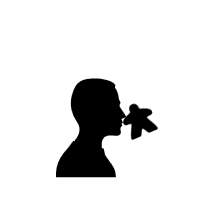 Despite the temptation, the radish eaters were completely obedient to the rules. Although it didn’t stop some of them from picking up the cookies and snorting them like a drug addict.

When the time was up, the researchers took the participants to the second portion of the experiment.

And again, Baumeister couldn’t resist messing with his subjects. 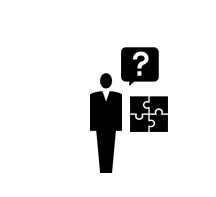 He decided he would have them solve puzzles where they had to “trace a geometric figure without lifting his or her pencil or retracing lines.” What he failed to tell them was that these puzzles were impossible.

So the real test was to see how long each group would last before giving up.

The people who skipped the taste test portion of the experiment averaged 20 minutes before giving up.

Likewise, the cookie munchers were able to persevere for 19 minutes.

But the radish eaters…they only lasted 8 minutes.

Baumeister explains why, “Resisting temptation seems to have produced a psychic cost.” Meaning, the more you restrain from giving in to temptation, the harder it is to resist the next temptation.

Modern day workers are assaulted with temptations more than ever.

Your phone probably has a dozen updates you need to check, your Facebook might have a comment you are waiting to hear, or you might have some hobby at home you’re dying to get back to.

Each temptation you hold back makes the next one that much harder to avoid.

So this would make sense why some HR experts are suggesting it’s wise for employees to take several small breaks throughout the day.

Having a few moments to “clear out” the build up of temptation, can allow workers to go back to their work much more productively.

3. The “Most Boring Way to Watch a Movie” Experiment

Along the lines of weakening one’s willpower, another group of scientists wanted to see how restraining emotions affected willpower. 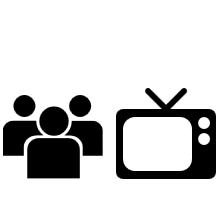 The first participants were told to not show or feel any emotion while they watched either a stand-up comedian or a movie about a person dying from cancer. The second group watched the same videos with no restrictions on what they could feel.

Once again, these groups were then tested with puzzles to see how many they could solve in a certain time period.

And as you’d guess, the people who had to restrain their emotions solved fewer puzzles.

We’re told at work that emotions are bad.

So we hide them. We don’t want to look weak or have someone think we can’t perform our jobs if we show how we really are feeling.

But this restraint can be just as bad.

Maybe you had a bad review or your presentation didn’t go as well as you hoped.

Go outside, walk it off, punch a tree, whatever you need to do to get those emotions out. You’ll feel better when you come back in and you don’t have to mope around feeling bad for yourself.

4. The “How to Improve Your Chances of Parole by 40%” Experiment 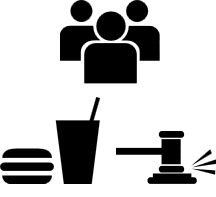 The results showed that judges granted parole to around 60% of cases right after the judge had eaten a meal. 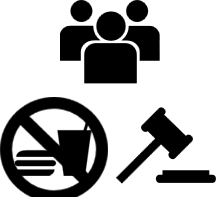 If you looked at parole cases right before the judge had a meal, the rate dropped to just 20%.

The hypothesis behind this study suggests that glucose is somewhat of a “willpower drug”.

It gives us a temporary boost in our willpower. So when the judges were low on glucose, they tended to go with the more passive decision of delaying the fate of a prisoner for a future date, rather than the much more willpower dependent decision to shorten a prisoner’s sentence.

If I’m asking my boss for a raise, guess when I’m doing it?

Same thing for getting sign-off on any other projects or needs.

As for yourself, it’s wise to not schedule decision intensive meetings or tasks right before your lunch or when you are about to leave the office.

What Does This All Mean?

The big take away of these studies is to be aware of your “willpower” levels.

You probably show signs of willpower decay every night and don’t even know it.

A long day of work leads to wanting an easy night at home.

So you stop by McDonald’s and lay on the couch. The dog probably needs a walk, but you just don’t have the energy to do it “right now”.

There’s nothing on that you are super excited to watch, so you end up flipping to “Biggest Loser” just because it’s the best thing available.

And this would be okay to do every night if no one needed you. But kids need their homework done, dogs need walking, and dishes need cleaning.

So how do you take back control of your willpower?

David offered some straight forward and simple advice I’d like to echo here as well.

“If you want the most control over your own mind so that you can alter your responses to the world instead of giving in and doing what comes naturally, stay fresh. Take breaks. Get some sleep. And until we understand just what ego depletion really is, don’t make important decisions on an empty stomach.”