Is Your Negativity Destroying the Workplace? 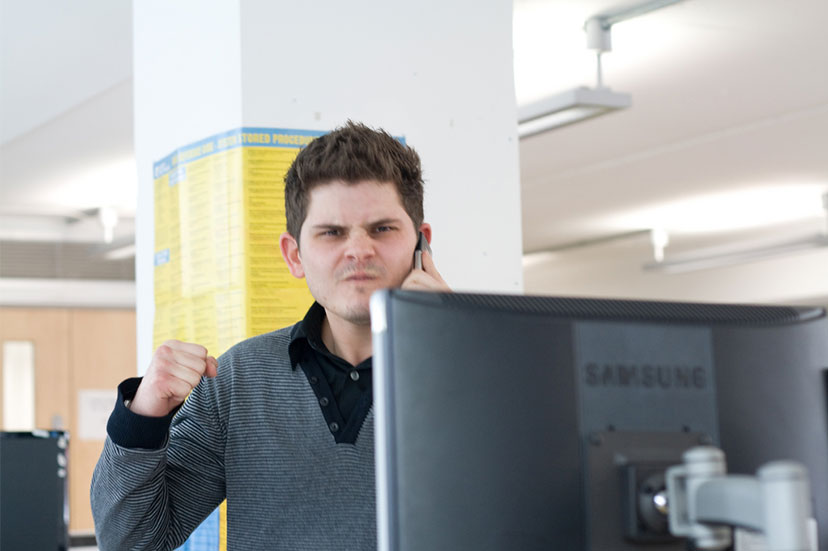 Yesterday I was eating dinner with a dear friend as she sadly described the horrible day she just had. We’ll call my friend Susan for her privacy.

Susan is a speech language pathologist for several elementary schools helping disabled children improve their speaking.  This particular day she was traveling with a teacher to do a home visit with one of the girls they taught.  The purpose was to hear how the child was doing at home and answer any questions the parents have about the speech program their daughter is in.

Susan arrived with the teacher and sat down to begin the visit with the family, something she has done with other families hundreds of times.  The mother was very thoughtful and curious about how her daughter behaved and interacted in the classroom, so she asked them, “What does my daughter like to do in your program?”

Before Susan could respond, the teacher interrupted saying, “I can tell you what your daughter doesn’t like.  She doesn’t like Susan’s teaching.  She doesn’t like the games they play or the stories she tells.  She thinks they are boring and can’t pay attention to the way Susan teaches her.”  Susan was speechless, she tried to change the subject back to the family and their daughter’s speaking abilities instead.

The mother must have noticed the rude and unprofessional response the teacher gave adding, “Well, I sure have noticed a difference.  My daughter speaks much more clearly, her vocabulary is growing, and she seems happy when I ask her what she is learning in the class.”

As Susan and the teacher left to return to the school, the teacher told Susan to write down three compliments about herself.  Susan was a bit thrown off by her behavior but went along with it.  She wrote, “I am a good speech pathologist,” after all she had been recognized many times by the district for her work.  Susan read it out loud cheerfully, to which the teacher quipped, “That’s not true.”

Needless to say, the teacher’s negative behavior was destructive to the work they were doing.  What benefit did it serve Susan or the family they were visiting? Would it surprise you if I were to tell you the teacher was previously given notice that her own job was in jeopardy if she didn’t improve?

The Numbers on Negativity in the Workplace

So What Causes Negativity in The Workplace?

How Does Negativity Express Itself?

When these internal and external influences don’t cooperate with how an individual prefers their life to run, negativity creeps in.  Sometimes it can be as subtle as muttering under your breath, or as obvious as outright insulting.

Some of the more common expressions are;

So How Do You Fix It?

Thinking back on Susan’s awful experience, you can easily feel her pain and wonder what could she have done to prevent or avoid the energy sucking negativity of her co worker.

Elisabeth Kubler-Ross once said, “Negativity can only feed on negativity”  Knowing this, it would be wise to consider the causes discussed earlier.  If we can eliminate the internal and external causes, negativity would be hindered significantly.

Most of the external causes fall to your environment which for many of us is the office.  Companies can take a noble responsibility in facing this problem.  After all, it’s costing them just as much as the individual.  I find former U.S. Secretary of Education WIlliam J. Bennett’s advice helpful.  In response to a seventh-grader’s question, “How can you tell a good country from a bad one?” he said, “I apply the gate test.  When the gates of a country are open, watch which way do the people run.  Do they run into the country or out of the country?”

Unhappy employees are going to go somewhere, it’s much more profitable to keep them happy.

On the internal side, we as individuals can improve our optimism by understanding our personality, communication styles, stressors, and our perceptions.

Knowing your communication styles, motivations, behavior styles, and emotional triggers will help you avoid negativity in the workplace and improve your overall workplace enjoyment.

Susan happened to know these things about herself from taking the assessments above.  Instead of reacting out of anger or emotion like many people understandably would, she stayed positive.  Her contribution to her work is awarded.  The principle over the district consistently reminds her of how thankful he is for her work ethic, she is recognized repeatedly in ceremonies, and her leaders go out of their way to make sure she is happy with her assignments.

The teacher on the other hand may be looking for another job in a few weeks.