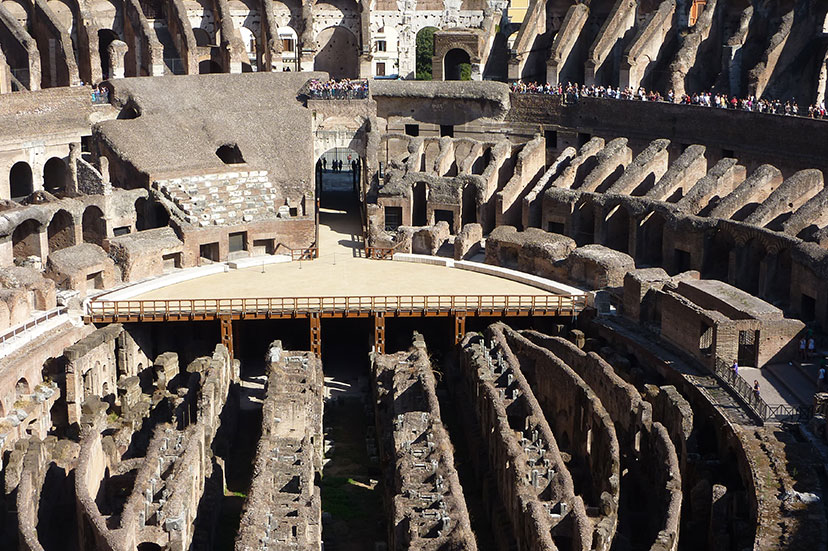 We just got back from 13 days in Italy. Have you ever been? It’s been at least 20 years since we were last there and the amazing thing is … it hasn’t changed much. In fact, Rome looked exactly the way it did the first time we went there in 1978.

Living in North America we are so used to new developments. Tearing down “old” buildings to put up something new. New housing developments popping up where there used to be farm fields. In many parts of the US, “heritage” buildings are barely 100 years old.

Italy … not so much.  Where we were staying in Tuscany, you aren’t allowed to build new foundations. So, if you want to build a house, you have to find the foundation of a previous dwelling and then you can build on that spot. 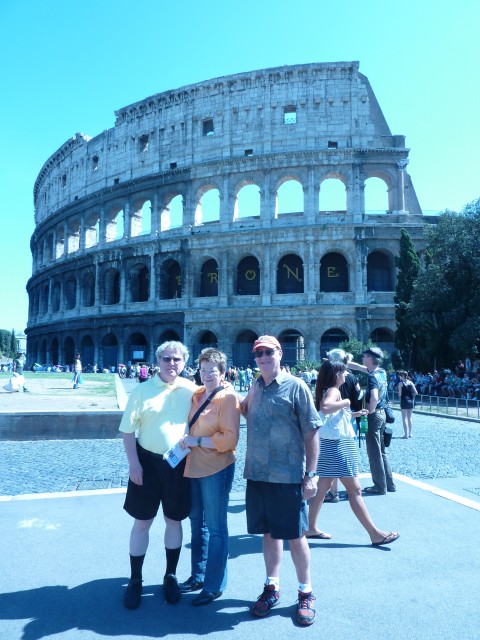 And, old structures. Let’s look at probably the most impressive building in Rome, The Colosseum. About six months ago they started guided tours down into the bowels of the structure.  We walked on the floor where 2000 years ago thousands of gladiators and prisoners were held, waiting to go into the arena. We stood on the very top where the plebian Roman women sat to watch the games. It’s so high up that the people and animals in the arena looked like miniatures. These were truly the ‘nosebleed’ seats. We saw the underground water system that was used to flood the arena for reenactments of famous ship battles.

Here are some of the things we learned on the tour. 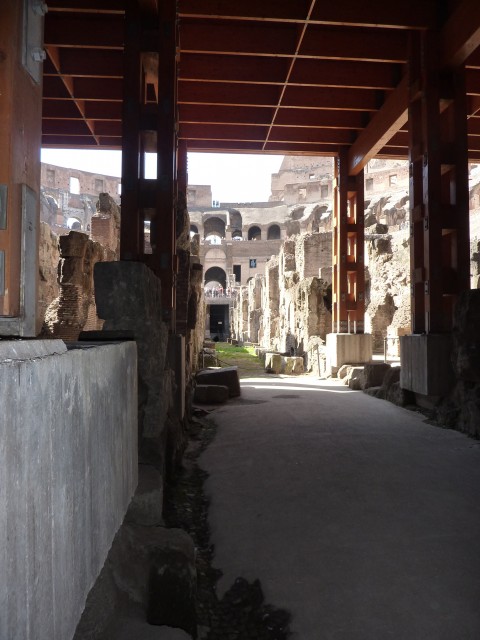 There is much to be learned from old cultures and old things and there are a huge number of interesting facts about the Colosseum (click here if you’re interested) but some thoughts that came to us as we toured this amazing structure and other parts of the city were: 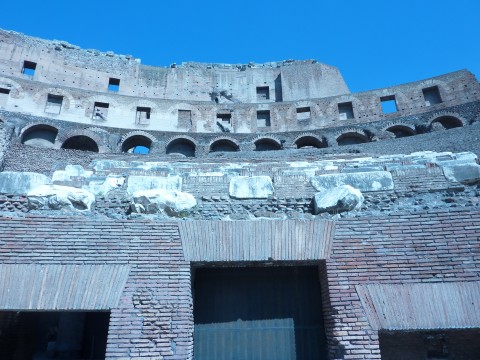 Each of us have within ourselves the ability and opportunity to focus our attention towards a positive and uplifting future; both for ourselves and our families and our nations … let’s do that!