Everyone Is Incompetent…Except MY Team 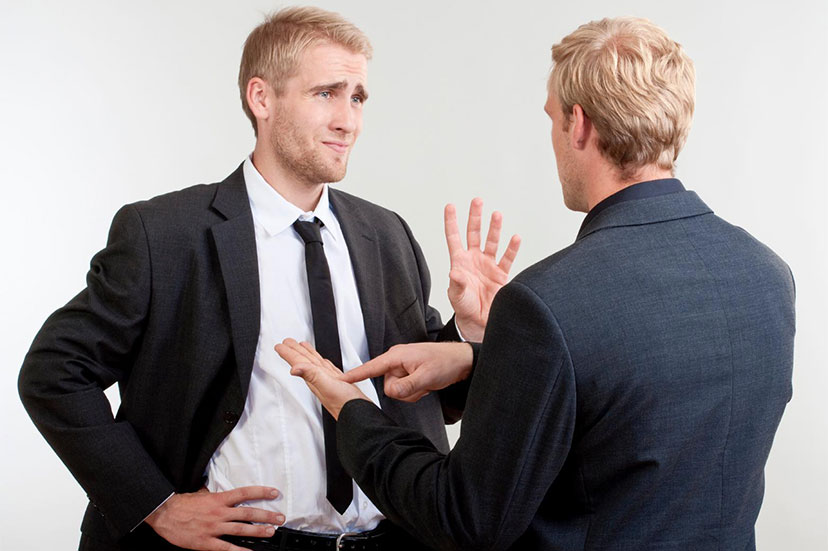 Have you ever worked within a culture where people think that everyone they work with directly is smart and capable, but that everyone else is incompetent?

In my experience, I’ve found this most common in large projects or in companies that have a lot of business-to-business relationships or regulator interactions.

On a related note, I live in Perth, Western Australia, where people often say we have “the worst drivers in Australia”. I’ve met a LOT of people who say that. So – if most people say that everyone else is a bad driver…that tells me that there might be a lack of self-awareness involved!

The attitude that everyone outside your direct circle is incompetent can be extremely damaging, as it serves to solidify the organisational silos that already exist.

I’ve been in a few situations where I have believed that someone isn’t great at their job – but in many of these cases I didn’t work closely with that person. Interacting with them more closely lets me “behind the curtain” and I can see what drives them. And afterward, I’ve come to realise that this person is actually doing quite well under their own challenging circumstances, which I wasn’t previously aware of.

Yes, it is human nature to presume incompetence at times – people like to strengthen their own identity by believing that someone else is the weak link.

But just because it is human nature doesn’t mean it isn’t destructive to productivity and collaboration. Additionally, I don’t believe that people go to work to annoy others or to do a bad job.

My dad has a rule of thumb that he says has been fairly accurate throughout his 40 year career as an engineer. It is that “5% of people are going to be a problem”. I’ve done some counting at my various jobs and I think he’s about right! But when I land in a workplace where it appears that a lot more than 5% are a problem, alarm bells start to ring. Yes, you’re going to get some difficult people wherever you go, but if you have a lot, chances are that you have a cultural issue.

[Side note: If I get to a workplace where there is nobody that I see as being a problem, that could be a good sign that I am in the 5%!]

How Do We Prevent This Attitude?

So how can you solve the issues where “everyone else is incompetent but my team?” Here are four suggestions:

It doesn’t have to be somebody’s entire job – the circumstances might not justify the appointment of a relationship manager or similar role.

Effort should be made, however, to incorporate relationship building into an existing position or to create a new position which has this aspect as an integral part. You need to choose a person who interacts with people well, sees value in building relationships, and has the capacity to do it effectively.

The role should include working with other teams or parties consistently, to improve communication and becoming a point of contact for both sides. Even just catching up for coffee and a chat can be extremely effective. It also helps to have someone in the role that can take an impartial view of things so as not to continue the adversarial relationship – but depending on who is paying for the role, this can be a challenge.

2. Embed “the enemy” in your team where possible.

If you see a need to fix communication and relationships between two teams, try to mix them together when you can. For example, if you have an IT team that is doing some work for a marketing department, embed one (or more) marketing people into the IT team, or do the reverse if it’s suitable. Where possible, co-locate them physically so that people are interacting face to face. This may not be permanent – you can make it a 1 or 2 day per week arrangement.

I have found that embedding “the enemy” into the other team can work wonders in breaking down adversarial relationships. Before long, attitudes change to “they aren’t so stupid after all”.

3. Maintain a presence in communication forums, even where the information may not seem directly relevant.

This point really involves simply making an effort. If there is a weekly team meeting, send someone from another discipline to sit in on it. This improves communication and helps different parties to understand the issues facing the various areas. Even if the visitor doesn’t contribute all that often, they can be there to address any questions or to provide a status update where relevant.

Soon they may become an honorary member of the forum and act as a communication point between the two parties. Simply making the effort to attend when you don’t really need to gives the impression that you are there to help.

4. Cut down on the negative talk.

It’s tough when you’re frustrated and you need to vent to your colleagues – but where possible, try to reduce the amount of time you spend openly slamming other people’s capability. A good way to do this is to try to become aware of the challenges they are facing.

The more time that is spent disparaging others reinforces the same view across the team, which serves to strengthen the dysfunctional culture that you are trying to remove.

So if you’re in an environment where “everyone else is incompetent”, I recommend trying the above approaches, because these attitudes aren’t productive and have the potential to reduce productivity and increase time wastage due to poor communication.

If you have any other suggestions that have worked well for you in the past, I’d love to hear about them too.

About the Author: Ben Brearley is a Career Strategy blogger and a Manager in Advisory at Ernst & Young in Perth, Western Australia. He has presented as a guest speaker on Project Governance and Networking skills at various institutions and recently completed his MBA at the University of Western Australia. See his blog here or follow @ucareerstrategy on Twitter.