What Marshamallows Can Teach You About Emotional Intelligence 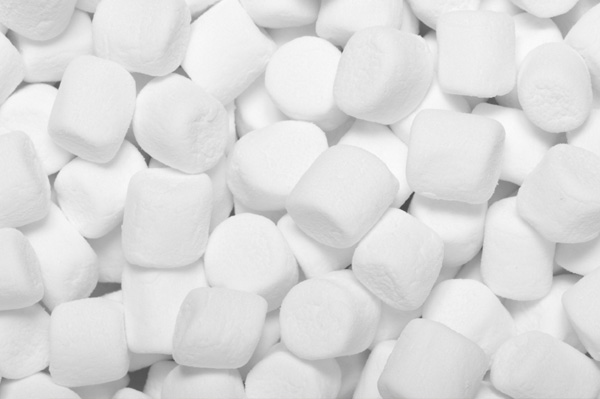 Have you heard about The Marshmallow Test? This is fascinating. Back in the 60’s a psychologist, Walter Mischel, conducted an experiment with 4 year old children.

So, try to imagine that you’re 4 years old, and participating in this little experiment. First a friendly adult welcomes you into a room and sits you in front of a marshmallow. “This is for you,” she says. “Before we start, I have to do something down the hall. You can eat the marshmallow any time you like. But if you wait until I get back, I’ll give you two marshmallows.”

Then, the researcher leaves the room. It’s just you, and that marshmallow.

Having trouble imagining yourself in this scenario.

As you could see, the children react differently to this situation. Some grab and gobble the marshmallow by the time the door closes behind the researcher. Others seem fixated on it — looking, smelling, touching — but hold back from eating it. Others take steps to distract themselves — singing, walking around, and listening by the door.

What this is testing is impulse control and the ability to delay gratification. It’s an example of frustration tolerance. Much of what we want in life requires resisting the immediate impulse, and also being able to delay gratification. For example, when in college, you might have preferred to be off surfing in Hawaii, but, since you valued what a college education would do for you, you stuck with it. And it meant giving up some things you might have preferred doing at the time.

Some of the children just can’t resist, and take the marshmallow immediately or eventually. Others last it out, and what do they do? Count their fingers and toes … get up and look out the window … find a book in the room and read it … look up at the ceiling … they are very clever.
Somewhere they developed this skill … could it have been their parents?

My mom used to tell me “When you’re angry, stop and count to ten.” She was teaching me to stop and think before I spoke or took action. This is a tried-and-true way to emotional intelligence … stopping to think before you act or react. It’s an EI skill!

Okay, so here’s the kicker. Fourteen years later, Mischel tracks down the hundreds of kids who took part in this experiment and the results are incredible. The children who, at four, had waited to win the second marshmallow, tended to rate high on the skills that make for success — in school, at work, in life. They had many of the “habits of successful people” — confidence, persistence, capacity to cope with frustration.

On the other hand, the one-third who had devoured the marshmallow had a different overall profile. They had trouble delaying gratification to achieve long-range goals. When it was time to study for the big test, they tended to get distracted by watching a favorite TV programs.

For decades, psychologists have focused on raw intelligence as the most important variable when it comes to predicting success in life. Mischel argues that intelligence is largely at the mercy of self-control: even the smartest kids still need to do their homework. “What we’re really measuring with the marshmallows isn’t will power or self-control,” Mischel says. “It’s much more important than that. This task forces kids to find a way to make the situation work for them. They want the second marshmallow, but how can they get it? We can’t control the world, but we can control how we think about it.”

Mischel has continued to track the original subjects over the last 40 years and it turns out that the character traits highlighted by The Marshmallow Test persist in adult life. They affect our performance in every area. Once you start looking for them, it’s easy to spot the “marshmallows” in our professional — and personal — lives. They are the activities which give us immediate gratification — but undermine longer-range benefits.

Be sure to register for our webinar this Thursday, March 17 9:00 am (PDT) on Emotional Intelligence: Secret Ingredient to Workplace Success. Click here to register.