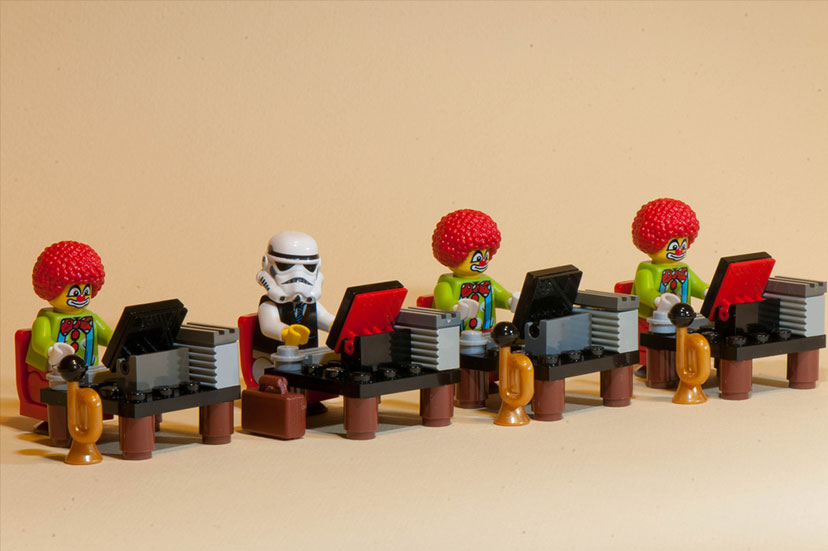 That guy down the hall who drives you nuts? Well, he doesn’t like working with you, either.

You think he moves S-L-O-W in everything he does: planning, analyzing, talking. Heck, he even moves slowly. So. dang. slow. And you prefer to take immediate action. Now.

Or maybe I have it backwards. Maybe you’re the analytical, planning type and he’s the knee-jerk, impulsive character that always sidetracks your methodical plan. Why does he have to move so fast on everything?

Either way – whichever role you play in your particular scenario – he feels the same way about you.

It Takes All Kinds

No matter what profession you’re in, you are dealing with people.

Sometimes we get lucky and the folks we interact with on a regular basis are similar to us in behavior, pace, and communication style. In those cases, we generally enjoy our time at work. Our co-workers are easy to talk to, things move along smoothly, and there are no personality conflicts causing hiccups within the team.

But when there’s a mismatch among co-workers – when behavior and communication styles differ significantly – work life suddenly becomes much less enjoyable. Maybe even intolerable.

So why doesn’t leadership consider this when establishing teams? Why don’t they match up all the fast-action-now types on one project and put the methodical-analytical-planners on another?

That would actually hurt the team, not help it. The most effective teams have a balance between the fast-action-now employees and the methodical-planners. A so-called “mismatch” actually benefits the overall team. That is, once the individual team members decide to get past driving each other nuts.

Getting Past The Annoyances

If you’re facing a situation like this, I commend you for wanting to do something to improve it. Many people take what is actually a simple “mismatch” in communication style and turn it into a drama-fest, damaging productivity and team cohesion along the way.

Maybe you’re experiencing the exact style mismatch described above – it’s a pretty common one. Or perhaps you’re direct and they’re non-confrontational. Or you might care about getting along with everyone and they’re focused solely on results.

Regardless of the specifics, there are a few things you can do to lessen the intensity of your particular mismatch situation.

Begin noticing the things they do that drive you nuts. Be as specific as you can as you analyze their behavior. This isn’t always easy – we often allow ourselves to become embroiled in annoyance and we overlook the potential lesson. Once you have specifics determined, take the extra step and consider your own behavior during the interaction. Was there anything you said or did that inadvertently led to their behavior?

As I overheard a mother at the playground ask, “Well, Billy, what happened right before he hit you?” While I’m not saying that we act like children at work, that question has stuck with me and I’ve often used it on myself  to help me see where my comments or behavior have contributed to a problem, versus finding a solution.

If you’re the analysis-planner type mentioned earlier, and your mismatch is sitting in the meeting listening to you methodically describe a step-by-step, fully-detailed plan, their natural propensity for fast action is going to have them assessing you as an annoying slowpoke.

Putting forethought into how your behavior and communication affects your mismatch will help you predict their reactions and behavior. Putting in a little effort here will help you avert problems in the future.

Once you’ve noticed behavioral and communication differences between you and your mismatch, and you’ve considered how they are likely viewing you, consider adapting your style a bit. The closer you are to their location on the spectrum, the less likely the two of you will conflict.

Modifying your behavior and communication style will help you meet in the middle, and it will benefit your overall team, too. You might even find that your mismatch notices the change and does a little modifying of his own.

Like anything, there is a balance. How much you adapt will depend on the outcome you’re seeking, and how much effort you’re willing to put forth. Keep in mind that adapting does not mean giving up ground or changing your overall message – it’s just making a change in how you go about it.

So whether you’re wondering why co-workers don’t like working with you, or what makes that guy in the next office so annoying, following this process will provide the answers you’ve been seeking.

Have you ever experienced a mismatch at work? How did you handle it?