4 Confidence Boosting Tips the All-Stars Use 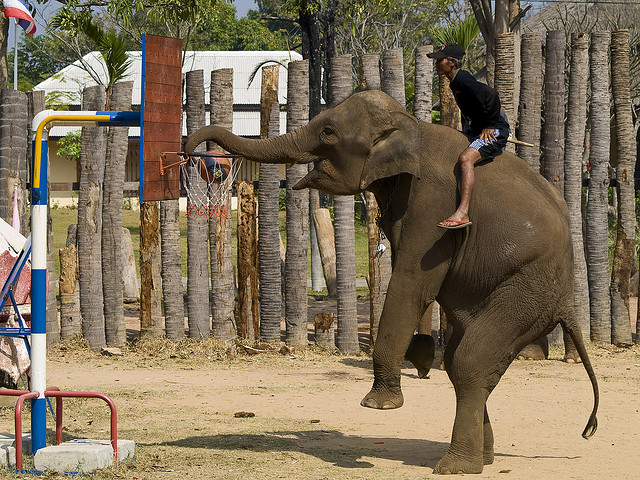 A few months ago I was with a friend of mine, watching their kid compete in a little league baseball match.  The kids were hooting and hollering and super excited going into the game, having won the last three in a row.

They were invincible.  No one could stop them.  They were full of spirit and drive.

As they took their positions in the field, our team began pitching.  The first inning started slowly, a few of the rivals got on base and a run was scored, but nothing game ending.

Then things took a major change for the worse.  It was time for us to switch pitchers, so little Bobby took the plate.

First pitch, shot wide to the left side of the field, barely landing foul.  Second pitch, almost an exact duplicate of the first.  I started to see Bobby feeling uneasy.

Third pitch, SMACK right out of the park.  It’s a home run, allowing them to  score a few additional runs from a couple of boys already on base.

Bobby looks nervous, but grips the ball tightly and throws it his fastest.  BOOM a line drive right between the two base men.  The other team now screaming, “RUN, RUN, RUN.”

The next boy hovered the bat above his shoulder, squinting in anticipation.  Bobby threw the ball…KAPOW another amazing hit flying over the left outfielder.  The rivals are running, shouts are flying left and right, our team throws the ball into home, trying to prevent the runs.

Too far.  The kid on third base chases after the ball like it’s a treasure about to fall off a cliff.  Sadly, he’s too late.

The inning never got better for poor Bobby.  Hit after hit, run after run, there was no end in sight.

The interesting thing about this whole situation was that Bobby had amazing pitching skills, they just weren’t connecting that day.

So if skill wasn’t the reason for this change in the team’s performance, what was?

The moment Bobby lost momentum in his pitching, was the moment his confidence failed him.

At the same time confidence isn’t a problem only athletes need to deal with.  We may not dunk basketballs or sack quarterbacks, but we all are athletes in our professions. We posses amazing talents that help our businesses grow and succeed.  We have a team that relies on us.  We hold a position and title in the work we do.

If confidence can sink an athletic team, wouldn’t it make just as much sense that it could sink a business team?

Coaches know that confidence is a part of the game and therefore prepare against it.  So what can we take from their playbook to raise our own confidence?

Probably the first tool a coach uses when he senses his team’s confidence is starting to fail, is to call a time out. One of the worse things a coach can allow is for negative momentum to build.  The longer you let mistakes, bad feelings, or other signs of a lack of confidence continue, the harder it is to bring that confidence back.

If you feel you are losing your confidence, take a time out.  Remove yourself from the situation that is causing the problem and think positively about how you can change the outcome.

Say I write a horrible article that no one likes and my manager comes over to me and tells me to take the post down.  If I’m not careful, I might feed the mistake and allow it to grow and grow, losing any confidence I once had.

Or, I could call a time out, forget about the cruddy article I just did and instead finish a project my manager needed help with.  The important thing is for me to find some success quickly before any negative momentum can build.

Something about being in a close circle of like minded fellows, gives you an instant confidence boost.  You can’t help but smile as the energy radiates off of one another.

The stars of the team lift the mood of the ones who struggled.  The lower performers are reminded they have support nearby if they fall into trouble.

The real power of huddling is not necessarily from forming a physical circle of buddies, but in surrounding yourself with other positive like minded individuals that have similar goals.  When you have others making the same journey with you, your chances of succeeding are much higher.

This morning I was skimming by a sports radio station and heard the two commentators listing off their top ten quarterbacks for the upcoming season.  One of the commentators made the point that he would have put a particular player higher on the list, but hadn’t because the quarterback wasn’t very active during the preseason. He then went on to add that he’s noticed when this player missed his preseason practice, it took him much longer to get into his groove.

The same thing happens with our confidence.  A sure way to build it is to practice the activities you wish to be more confident in.

In college, I took a public speaking class.  Our whole class was pretty awful starting off.  There were floor watchers, um um umers, and super silent performers.  However, it was amazing to see the transformation occur as we practiced different techniques and tips.

That first day, not a soul was confident in speaking in front of the group.  On our final presentation we had all the confidence in the world.

My sport growing up was basketball.  I was especially good at running from behind and stealing the ball, but was incredibly nervous to take any shots.  However, after noticing some disappointment in my shooting abilities, I started to notice an interesting pattern.

In an average game I might take three shot attempts and make one, but the big scorers of the team would take 40 attempts and make ten.  I HAD A BETTER PERCENTAGE, but was letting my lack of confidence keep me from taking more shots.

The point makers got all the glory even though they were missing 75% of the time.  Yet no one seemed to care. They were full of confidence and that was what carried over to the stands.

The lesson I learned is that you have to allow yourself to make mistakes before you will ever have the confidence to overcome them. You can’t be a better driver without those moments of parking awkwardly, stalling the car, or driving super slow on the highway the first time.

In order to gain that confidence we first have to struggle through the learning curve.

As always, I want to turn it over to you.  So what do you do to give your confidence a boost?  How can we avoid confidence hurdles?