Why Mindset Is the Key to Turning Around a Broken Career 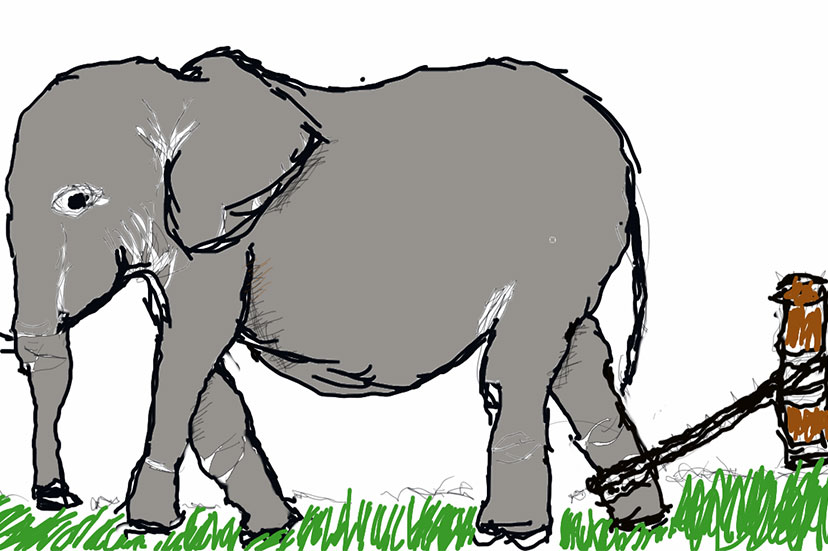 A man was walking by a circus tent when something struck him.

He noticed the elephants used in the performance were simply being restrained by a small rope tied around their ankles.  It was fairly obvious to him that the elephants could, at any time, break away from the ropes they were tied to but for some reason, they chose not to.

Seeing a trainer nearby, the man signaled for his attention.  The trainer put down a bucket of feed, and walked up to the man.

The man, looking perplexed asked, “Why do these majestic, beautiful animals just stand here and make no attempt to get away, even though it’s quite clear they could break the ropes at a moment’s notice.” 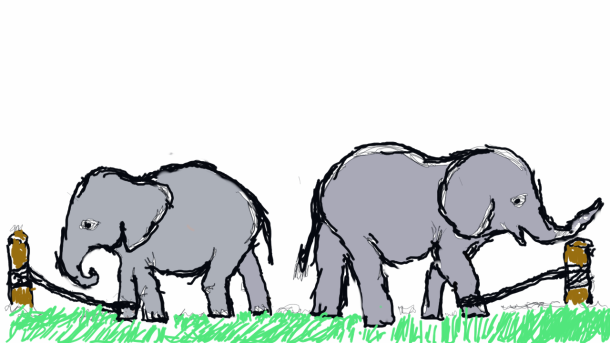 The trainer smiled, looking over at the elephants, then said, “Well, when they were very young and much smaller we used the same size rope to tie them at that age.  It was enough to hold them.  To this day, they still believe that rope will stop them, so they never try to break free.”

The man was amazed, here were these animals that could at any time break free from their bonds but because they believed they couldn’t, stayed stuck right where they were.  These powerful and gigantic creatures had limited themselves and their present abilities, because of the limitations of the past.

Like the elephants, how many of us have tied ourselves to a job or situation that, for some reason, we just haven’t let ourselves leave?  How many of you have felt stuck?  Or felt like there’s no way to free yourself from your current pit trap? 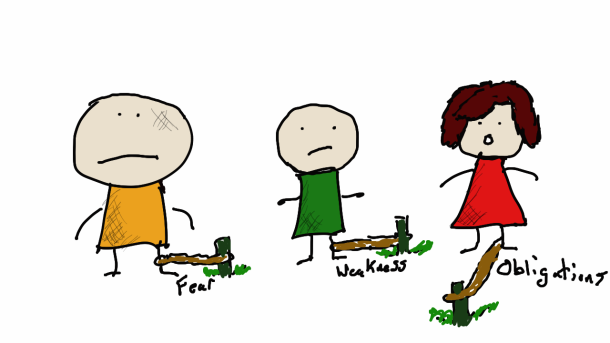 Instead of ropes we have things like fear, obligations, uncertainty, liabilities, and weaknesses holding us back.

Before writing this, I was reading the comments from the first lesson of an online course I took called, “Whoops…The Most Important Lesson College Forgot to Teach You.”  In that lesson, I read

about understanding yourself, how college doesn’t teach you about YOU, and how to really understand what careers you’ll enjoy.

The comments were humbling. 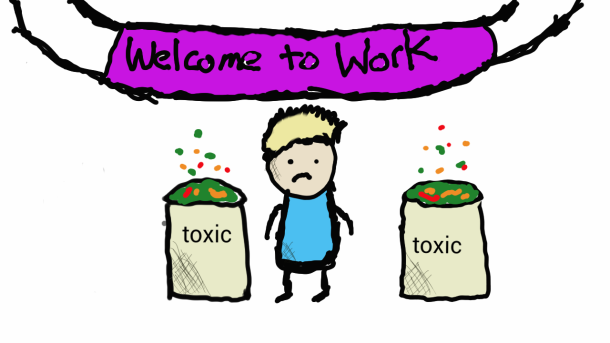 So many of you have gone through HORRIBLE CRAP.  You’re working two jobs to make ends meet.  You are extremely qualified and intelligent, but you’re undervalued in your current job.  And some of you are working in tremendously TOXIC environments where the stress, backstabbing and politics are literally making you sick.

The circus elephant metaphor is not that far off…even for your work conditions.

And to make things worse we often gauge our own entrapment based on what we see in the lives around us.

Let me explain this.

Say you just graduated from college, but you had no luck finding a job right out the gate. 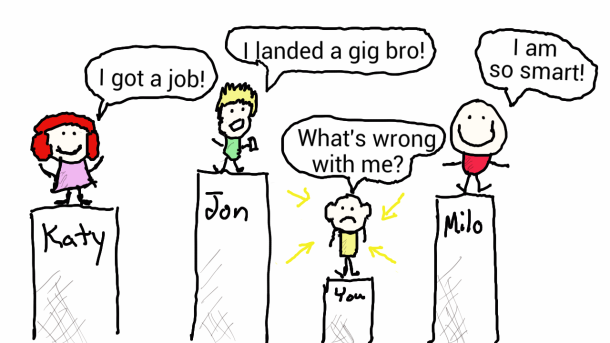 You go home, log into Facebook, in hopes of distracting yourself for a few moments to avoid the pity party.  But while you are on Facebook, you see Katy got a job, Jon got a job, even stupid Milo got a job.  And you start to feel even worse.  You see all your buddies starting their careers and feel you must be the odd one out.

You start asking yourself,”What did I do wrong?  Why do they all have jobs, but I don’t?”

Even though on Facebook, it looks like everyone is leaving you behind for the real world, there’s something they aren’t telling you. 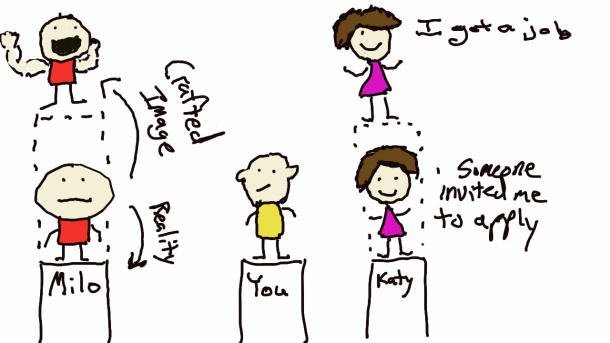 What you don’t see are the thousands of other college grads sitting in the same boat as you.  People don’t want to be “that guy” who posts depressing, “feel bad for me” posts, so even though you see and hear about more people getting jobs than not getting them, it doesn’t mean that’s how it really is out there.  You generally see this inflated sense of accomplishment and achievement on Facebook.

And therefore, you’ll see more “Yeah I got a raise” and less of “Woops I got demoted“.  And even all the “good stuff” you see on social media isn’t truly how it is even for that individual.

Telegraph wrote an article earlier this year finding that 1 in 4 women exaggerated or distorted what they are doing on social media once a month.  And by the way, I’m sure men are just as bad or worse, they just didn’t happen to be a part of this particular survey.

So now you feel worse about yourself, feel more trapped, and your mindset is all out of place.  In a time where you need confidence, you just feel discouraged.

Even though you in particular might not be just out of college getting a job, you still likely feel the effects of this whether it’s hearing about a friend’s latest promotion, a sibling landing a job that pays twice the amount you make, or just that obnoxious acquaintance who won’t stop bragging about how great his company is. 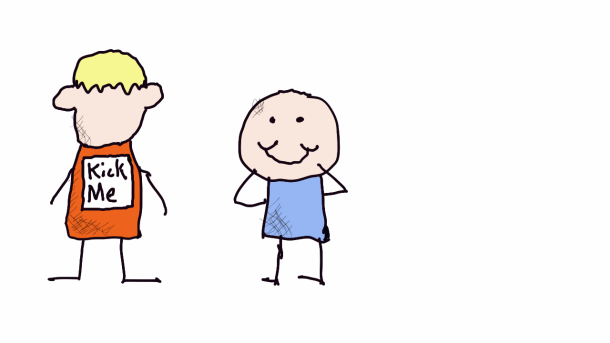 And I’ll admit, sometimes you wish something would go wrong for them, just so you can stop feeling so bad about your own life.

But when I look back at these same comments and hear about all the nonsense and awfulness you all are dealing with, a small part of your comments show a sense of hope.  I see some lines saying, “I’ve read books and taken courses on finding career happiness but have never been satisfied with my results…I HOPE this one is different.”

And that’s good.  I want you to feel HOPE.

Just like the elephants, for things to change you need to shake off the misconceptions or feelings that have held you where you currently are.

You can’t improve your situation if you go into everything designed to free you, with the mindset that all is hopeless.  That it will fail in the end.  That you are doomed to the life you currently live.

So, how do you pull the rope off your ankles and move toward a positive mindset?

It starts with your own willpower to change.  Being optimistic.  And not giving up.

4 Quotes on Inspiring Hope and Mindset

Here are some of my favorite quotes, insights, and motivations to start turning your mindset around.

1.  Success occurs when your dreams get bigger than your excuses 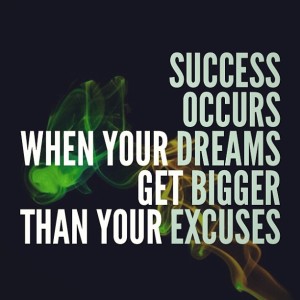 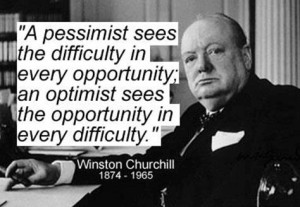 3.  Life is way too short to spend another day at war with yourself 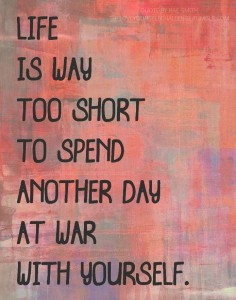