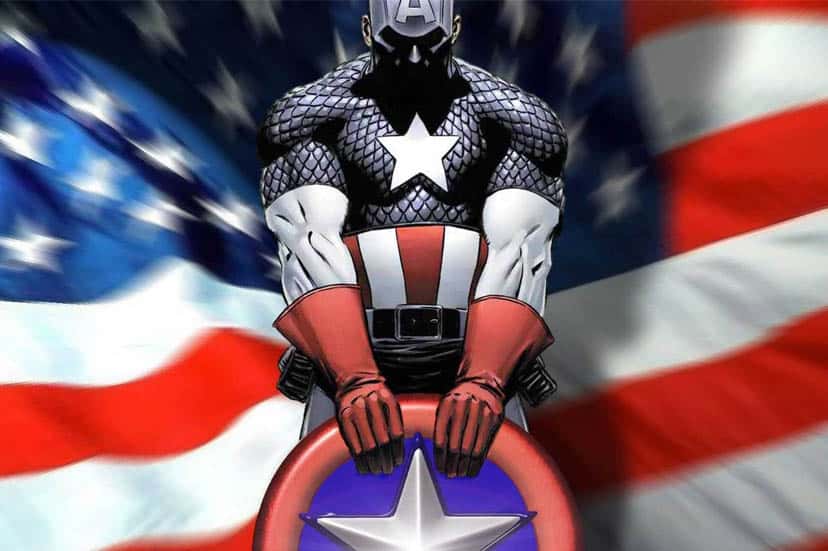 When it comes to superheroes, Captain America doesn’t often come up as the favorite.

Sure, Spider-Man is amazing. He can swing from skyscrapers like a circus acrobat on steroids.

Batman has all those cool gadgets and is half ninja.

And who among you hasn’t held 3 sticks between your fingers as you made a fist pretending to be Wolverine?

Despite how amazing each of these guys are, not one holds a candle to Captain America when it comes to leadership abilities.

What Do We Know About Captain America’s History? 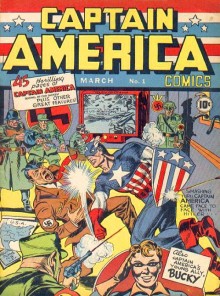 When you ask someone to describe Captain America, 9 times out of 10 they’ll say, “leader”. After understanding the history behind the character you might see why that’s the case.

Captain America was created by two Jewish immigrant Americans named Joe Simon and Jack Kirby working for Timely Comics (before they were called Marvel Comics) in the early 40’s.

“Simon said Captain America was a consciously political creation; he and Kirby were morally repulsed by the actions of Nazi Germany in the years leading up to the United States’ involvement in World War II and felt war was inevitable: ‘The opponents to the war were all quite well organized. We wanted to have our say too’.”

So Captain America Comics #1 — went on sale in December 1940, a year before the attack on Pearl Harbor, but a full year into World War II — showed the protagonist punching Nazi leader Adolf Hitler in the jaw — selling nearly one million copies.  (A remarkable achievement seeing how most comics today are lucky to sell 100,000 copies.)

Before the U.S. was ever officially involved in the war, Captain America was fighting Nazis. Since then he has gone on to lead dozens of teams including the All Winners Squad, Invaders, and most notably the Avengers.

But what was it about Captain America that made him such a great leader?  The comic universe is full of heroes, so why him, and what can we learn from it?

Unlike many other characters at the time, Captain America wasn’t just a guy with super strength, special abilities, and a fancy costume.  Before anything else, he was created to stand for something.

“He stands for America as an ideal, not America as it’s practiced,” says Englehart who wrote “Captain America and the Falcon” during the Vietnam War.  In addition, he stands for freedom, liberty, justice, and doing what’s right.

Leaders in our own lives should take note from this.  If you truly want to leave a mark 10, 20, 70 years from now, it’s not going to come from your amazing talents or special skills.

The difference you make as a leader will stand heavily on what it was you stood for.

So what are your over arching missions or values that drive your actions?

Have you ever seen the leader in myth, fiction, or comics sit on the sidelines as the rest of the team goes charging into battle? Think of Achilles, Odysseus, or even Harry Potter.

Do our own lives reflect this belief of leading by example?  I believe so.

Working under someone who has no understanding of what it takes to do the job is one of the best ways to demotivate your team. Likewise, there may be no better feeling of motivation than when you see your manager getting their hands dirty helping take on the very work you find a challenge.

They would be completely different characters.

Chris Evans in one interview mentioned how you start to see Captain America reach his full potential once he gains his shield.

Rightfully so, if you saw the movie that shield did everything from blocking laser guns to ricocheting off of walls to make impossible take downs.

Although we probably don’t carry a red, white, and blue shield to the office every day, we each have our own tools of the trade. The exceptional talents we bring to the job that show our value.

Captain America didn’t try to become a human Swiss army knife, lugging around bazookas, swords, and what have you. Likewise, we shouldn’t try to hone our skills into a cornucopia of shallow talents.

Be like Captain America, take your core talents and make them shine. If you like shields, become the best shield tossing, bullet blocking, hero in the world.

4. Break the Rules to Make the Right Things Happen 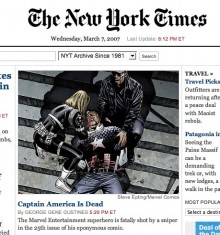 A few years ago Captain America made national news when he was the center of a polarizing event happening at Marvel.

Reflecting on the events leading out of 9/11, Mark Miller crafted a story in the Marvel Universe reflecting the dilemma we face when conflicted between greater security and personal freedom.

9/11 had made us vulnerable in a way many Americans had never felt before.  In light of the tragedy, “we accepted a lessening of liberties in the forms of wire tapping, e-mail monitoring, lengthier airplane boarding procedures, broadened government ability to engage in search and seizure, expanded regulation of financial transactions, and easing of restrictions on foreign intelligence gathering on U.S. soil.“

So how would our country react to a similar tragedy, caused by super powers gone wrong?  And where would our heroes stand?

Such is the concept Miller grabbed hold of in Marvel’s Civil War.  When a renegade mutant uses his powers to blow up a school of  children in Stanford, the government passes the Superhuman Registration Act, “requiring everyone with superhuman abilities in the United States to register with the federal government, reveal their identities to authorities, and receive formal training. When some characters oppose the law on the grounds that it violates civil liberties and removes the protection that secret identities provide, conflict arises between pro-registration and anti-registration heroes.”

Captain America has to make a difficult decision.  Enforce the government’s law, meaning tracking down old friends and imprisoning them if they won’t come forward, or become an outlaw fighting for civil liberties and freedom.

He follows through staying true to what he stands for, protecting our freedoms.  Ultimately he pays for the freedom of his friends and heroes with his life, as he is shot in the back by a sniper outside a federal courthouse after turning himself in.

Captain America understood the importance of doing what’s right even if the rules went against it.

Legendary leaders understand when to take risks and disregard rules when a greater good can be achieved.  Steve Jobs, Richard Branson, and Sam Walton are just a few recognizable rule breakers who demonstrated this art of leadership.

Have you ever let an opportunity go by because rules stopped you?  Ask yourself, “What would Captain America do?”

If you are going to lead, you might as well do it in style.  Captain America embodies the qualities I look for in a leader, what about you?