Can’t Seem to Get the Promotion You Want? Here Are 5 Possible Reasons Why 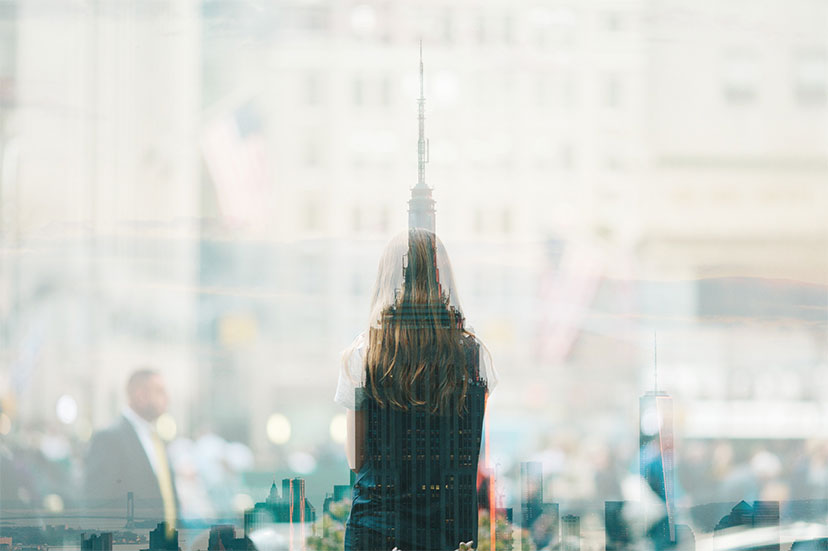 You feel like you’ve done everything right, from putting in the extra hours to speaking up at meetings and even dropping not-so-subtle hints, so why is that promotion still just beyond your grasp?

A recent survey by the jobsite CareerBuilder has revealed some of the most common things that prevent workers from getting promoted, and while some of them are fairly obvious, others might come as more of a surprise to you.

One thing that stands out is that employers do make appearance-based decisions, and unfortunately, even little things that have no bearing on your ability to do the job, like bad breath or the wrong hairstyle, could be hindering your chances of moving up the ladder.

Here are five possible reasons you’re being overlooked for a promotion.

1. You have poor work ethic

Although it’s hardly surprising, the survey found that employees who demonstrate a poor work ethic by regularly turning up late or leaving early, taking too many sick days or checking personal social media accounts, gossiping and having personal conversations with co-workers, are unlikely to be considered for a promotion.

If you want to be taken seriously at work, the first thing you’ll need to do is start putting in the hours and showing your boss that you care about the company. Rather than just coming in on time, try to be early to work and resist the urge to rush out the door the minute the clock strikes 17:00.

More than 60% of the employers surveyed said that a negative or pessimistic attitude can hurt an employee’s chances for promotion.

Of course maintaining a positive attitude when you’re faced with stressful situations at work is easier said than done, but if you make an effort to stay optimistic and cheerful even when things aren’t going as planned, you’ll stand out in a good way.

If you can demonstrate to your employers that you’re capable of staying calm under pressure and handling difficult situations with grace, they’ll definitely think of you when it’s promotion time.

3. You need to clean up your language

We all have different ideas about what can be considered socially acceptable language, but 51% of the employers surveyed indicated that using vulgar language could prevent an employee from being promoted. Previous research has also shown that cursing can bring an employee’s professionalism into question.

The type of language you can get away with using at work will depend on the environment you work in, of course, as what would be frowned on in one industry is often commonplace in another. However, if you’re looking to be promoted, your safest bet is to avoid any language that might be considered inappropriate, especially if customers are present.

4. Your appearance differs from the norm

You’re probably already aware that you won’t make the best impression in wrinkled or shabby clothing, but even if your clothes are smart and pressed, having a non-traditional sense of style could taint an employer’s impression of you.

More than 40% of employers said they would be less likely to promote someone who dressed provocatively, 32% said the same about piercings and over 20% said visible tattoos and ostentatious haircuts or facial hair would make them think twice about promoting someone.

Of course, the dress code will vary depending on your place of work, but it’s important to be aware of the impact your appearance can have on your career. If possible, cover up tattoos and piercings, and think about whether that outlandish hairstyle or hipster beard is costing you more than just your monthly visit to the salon.

Believe it or not, 23% of employers said bad breath was a reason to overlook someone for a promotion. Wearing heavy perfume or cologne was listed as a problem by 21%, and coming to work with too much makeup on would make 15% of employers less likely to promote you.

If all of this information leaves you wondering just how you should behave, dress, do your makeup and style your hair; start by observing your supervisors and managers to see how they look and act at work, and then follow their lead.

Remember that well worn piece of advice about dressing for the job you want? The reason it’s so true is because it’s easier for others to visualise you in a higher position if you already look the part, and the same goes for the way you behave at work.

If you’re already taking on more responsibility and demonstrating your professionalism by avoiding workplace gossip and keeping your personal life separate from work, your boss will have more confidence that once you’re promoted, you’ll continue to do a stellar job.

Marianne Stenger is a writer with Open Colleges, one of Australia’s leading online education providers. She covers everything from life hacks and career development to learning tips and the latest research in education. You can connect with her on Google+ and Twitter, or find her latest articles at here.