How To Avoid Embarrassment With One Magic Question 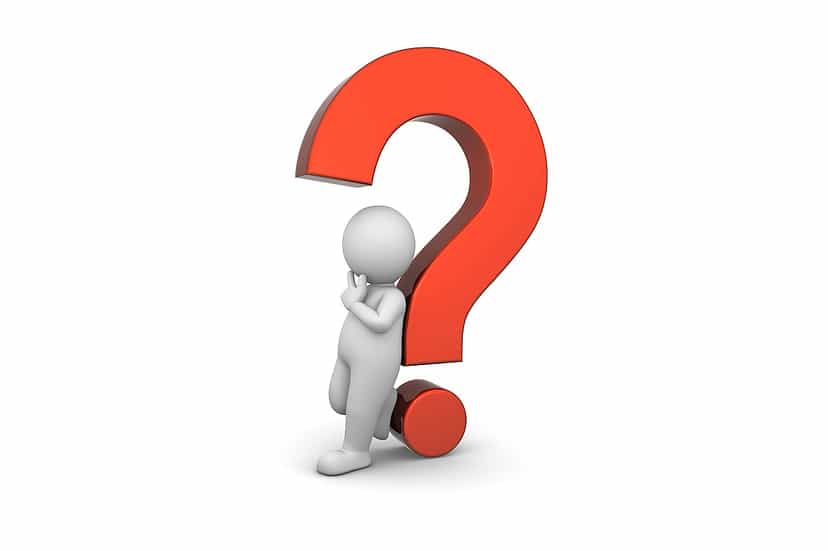 During my short stint in the world of sales, I was given a valuable piece of advice regarding dealing with prospects’ questions.

An experienced peer shared what she claimed was her ace in the hole: before answering a prospect’s question, she would first acknowledge it.

Then she would inquire, “Why do you ask?”

She claimed this gave her a better idea of the prospect’s perspective, and their response would allow her to respond to their original question within its intended context. A side benefit, she added, was that it gave her an extra moment to prep her reply.

Of course, I promptly ignored it.

Why Would You Ignore Great Advice?

I’ll attribute my actions to being youthful and brash. I chose instead to do things my own way: answering questions in a way that made me comfortable, basically spewing all available product data in  thorough detail.

Because that’s what people want when they’re shopping, right?

They collect data and carefully analyze it in order to make a buying decision.

Or at least that’s what I do.

Years later – and since becoming an huge fan of productive communication – it’s obvious that what I was doing was taking my preferred method of making a purchase (researching, analyzing, collecting data) and presuming that was what my prospects wanted, too.

And because many folks approach purchases (among other things) differently than I do, I was losing them entirely. And losing sales.

If only I’d used the “Why do you ask?” approach, I would have been able to gain their perspective, and been enlightened earlier. A lot earlier. I might have even reached my sales goals.

But I was too busy blaming my low sales on a number of product and marketing shortcomings in the company. As a result, I was oblivious to the fact that my unwillingness to gain the prospect’s perspective was the real reason for my low sales figures.

As I mentioned earlier, it was a short stint.

I was recently reminded of the power of that one magic question when a friend shared a story recently.

My friend, who had recently been wondering when she’d begin getting such inquiries, sighed deeply and invited her daughter to have a seat.

She then went through the whole explanation: the human reproduction system, puberty and the physical changes that accompany it, the definition of a virgin, her opinion that abstinence is the clearly best approach for teenage girls, although there are other ways to prevent pregnancy, and on and on.

When Jeannette finally stopped talking, her daughter was staring at her wide-eyed. “Uh, okay, Mom.”

It was then Jeannette thought to inquire, “Why do you ask, honey?”

“Because the computer pop-up thingy is asking if we want the current version of the software.”

Save yourself the embarrassment. Use this magic question.

Have you ever completely misunderstood an inquiry and answered it entirely out of context? What embarrassment followed?