Arnold Schwarzenegger’s Motivation Hour. The Podcast Interview I Was Not Expecting. 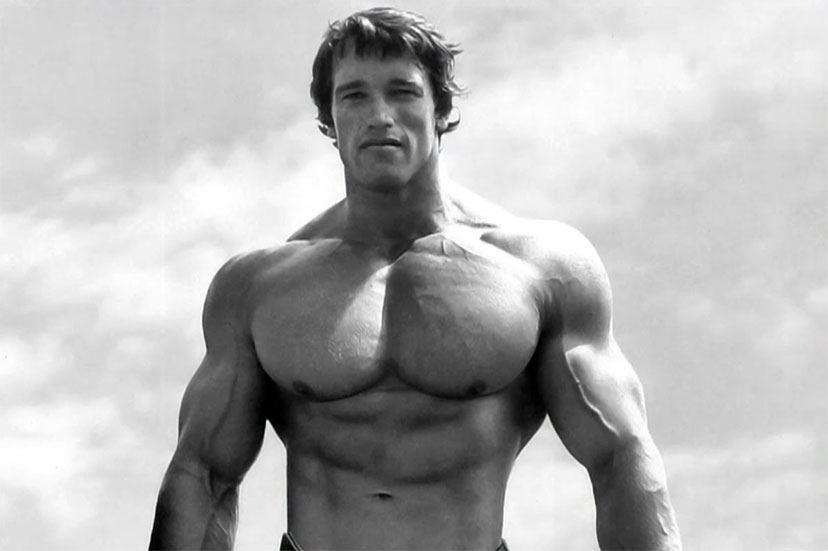 Like many of you, I have a commute for my job.

To help pass the time, I like to listen to podcasts or books.  I find it helps me think of new ideas, hear different perspectives, or solve the challenges I’m currently dealing with.

So, over the course of a week, I’ve filled my brain with dozens of hours worth of information, some more helpful than others.

One podcast interview that recently surprised me was the Nerdist’s interview with Arnold Schwarzenegger.  Lately, I’ve seen a lot more Arnold Schwarzenegger content going around the internet with his viral videos helping his After-School All Stars program.  Videos like “Will it Crush,” where Arnold runs over pianos and taxi cabs or his recent Gold Gym video where he impersonated a personal trainer.

So I didn’t expect anything helpful for my career to come from it.  Maybe some interesting stories at most.

But about five minutes in, the interview took a turn I didn’t see coming.

Arnold may seem like a joker or struggling actor based on the recent movies he’s put out, but I also forget just how successful his life has been.

Went on to win Mr. Olympia 7 years in a row.

Served in the Austrian Army, even though he went AWOL during basic training in order to compete and win the Junior Mr. Europe contest.

Immigrated to the U.S. at the age of 21 leaving his family behind.

Played roles in over 34 movies, becoming a leading actor despite a thick accent.

And finally, was Governor of California.

Instead of the podcast being a promotion for his upcoming movies or a look back on his film career, the podcast became an hour for Arnold to share his career wisdom.

I highly recommend you listen to the full podcast below.

And in case you still aren’t sold, here are some highlights.

And then you walk in the gym and are like, “Shit, I have to work out.”

It’s kind of like HELLO, where have you been?

I’m much harder on myself, then maybe most people are on themselves.  In the day of the Mr. Olympia competition I would stand in front of a mirror and say, “How the F#$^% does this body win anything?  I mean look at this!  I still need more deltoids, arms, and more calves.  This is still off.”

In the mean time, I won the Mr. Olympia easily!

So I’ve always been more critical but I think that makes me more hungry for more.  And to never settle for, “oh this is wonderful. You did a fantastic job.  Now just sit back and relax.”

I never look back, I always look forward to the next big thing.

I think if you are easily satisfied you don’t get as motivated to be better.

I had no choice.  There was no safety net for if things didn’t work out that I’d be fine.

I felt maybe it’s through sports?  I picked body building because I saw the cover of this magazine of this guy who played Hercules in the movies.  My whole plan was laid out there in front of me.  I picked up the magazine and read the article “How Rich Park Became Hercules Through Winning Mr. Universe.”

All of a sudden after winning Mr. Universe he was in the movie business, he made money, he took the money that he made and built a gymnasium.  He had this wonderful family, beautiful wife, great children.  And I said, “wow”!  His whole life is laid out here.

So I just went after that.  I felt like this is my opportunity.  If I do this, I can get to America.  And true enough, after I won the second Mr. Universe title at the age of 21 I became the youngest Mr. Universe. And then I got this invitation from Joe one of the biggest publishers of muscle magazines to come out to America.

My vision worked out.  But it was not so much that I was disciplined.  When you have a vision of what you want to look like, then you can not wait to do the next set.  Because you know with each exercise, each rep, each set, you get one step closer to turning your vision into reality.

How I Overcame Discouragement (24:15)

My vision was to become a leading man.  And so many people came up to me and said, “This is so stupid Arnold. I mean you’re the world champion in body building, why don’t you go into food supplements or endorsements, or we can help you start a health food store or teach your training methods you know?  Being a leading man, there’s no one in the history of America ever, that has become a leading man with an accent.  Americans love John Wayne and Kirk Douglas and those kind of guys.  Especially with your body.  I mean look at you.  You weigh 250 lbs.  Over developed.  The idols today are Woody Allen, Al Pacino, Dustin Hoffman, these are all small.  These are the people we idolize.  These are the people they want to see on the screen.  Not guys like you.  Plus with a name like Schwarz…Schnittzzle…whatever.”

Everyone said no, no, no.

So having a clear vision and being passionate about it helped me not listen to that and to go forward and do it anyway.

Later the director of Conan said, “If I didn’t have Schwarzenegger I would have had to build one”.  Cameron said, “Schwarzennegger’s accent made him sound like a robot.”  All of a sudden my body type and accent were not weaknesses but strengths.

A theme Arnold comes back to over and over again in the interview is the power of his vision.  Having that clear vision of where he wanted to go helped him overcome many stumbling blocks and challenges that he faced along the way.