Are you In Motion or Taking Action? 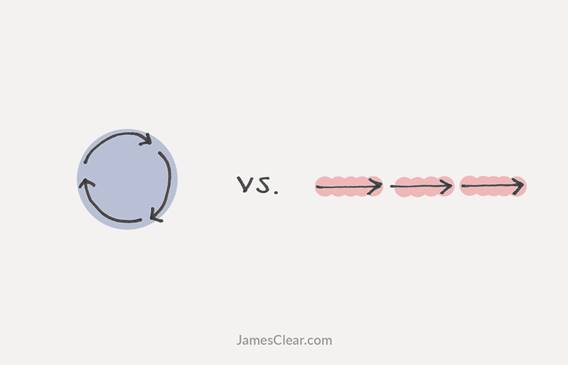 Super successful people tie together a series of assignments that stretch them and engage their capabilities; allowing them to advance to whatever level they want.

We observe the super-successful master the capabilities to quickly onboard new assignments and make an early impact on their organization.

All jobs are now roughly 2-3 year assignments. For example, say you’re 40 years old and your dream is a C level position. Between age 40 and 55 you have time for only 6 assignments to make your mark in your industry and get that promotion!  And this assumes you don’t have any breaks between assignments. 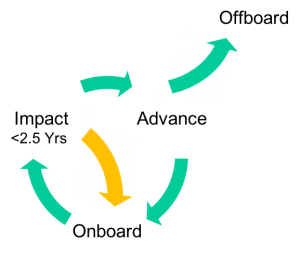 Add to that, each assignment has three steps – Onboarding, Impact and Advancement – that need skillful execution over that 2-3 years.  The challenge is that in each step there is so much to learn and accomplish that people who don’t systematically go about managing themselves will stumble on one or more of them.  I’ll be going into these three steps in more detail in another post … we call them The Career LifeCycle.

Today, I want to introduce you to a great resource and writer, James Clear. You can read his recent writing below with my highlights

One key reason people don’t accelerate their way through an assignment is not making the distinction between Motion and Action.

You can find the source James Clear article here

The Mistake Smart People Make: Being In Motion vs. Taking Action

Read this on JamesClear.com

There is a common mistake that often happens to smart people — in many cases, without you ever realizing it.

The mistake has to do with the difference between being in motion and taking action. They sound similar, but they’re not the same.

Motion is when you’re busy doing something, but that task will never produce an outcome by itself. Action, on the other hand, is the type of behavior that will get you a result. [1]

Here are some examples…

Sometimes motion is good because it allows you to prepare and strategize and learn. But motion will never — by itself — lead to the result you are looking to achieve.

It doesn’t matter how many times you go talk to the personal trainer, that motion will never get you in shape. Only the action of working out will get you the result you’re looking to achieve.

Why Smart People Find Themselves in Motion

If motion doesn’t lead to results, why do we do it?

Sometimes we do it because we actually need to plan or learn more. But more often than not, we do it because motion allows us to feel like we’re making progress without running the risk of failure. Most of us are experts at avoiding criticism. It doesn’t feel good to fail or to be judged publicly, so we tend to avoid situations where that might happen.

And that’s the biggest reason why you slip into motion rather than taking action: you want to delay failure.

Yes, I’d like to get in shape. But, I don’t want to look stupid in the gym, so I’ll just talk to the trainer about their rates instead.

Yes, I’d like to land more clients for my business. But, if I ask for the sale, I might get turned down. So maybe I should just email 10 potential clients instead.

Yes, I’d like to lose weight. But, I don’t want to be the weird one who eats healthy at lunch. So maybe I should just plan some healthy meals when I get home instead.

It’s very easy to do these things and convince yourself that you’re still moving in the right direction.

“I’ve got conversations going with 4 potential clients right now. This is good. We’re moving in the right direction.”

“I brainstormed some ideas for that book I want to write. This is coming together.”

Motion makes you feel like you’re getting things done. But really, you’re just preparing to get something done. And when preparation becomes a form of procrastination, you need to change something.

I’m sure there are many strategies for taking action, but I can think of two that have worked for me.

1.Set a schedule for your actions.

Every Monday and every Thursday, I write a new article and publish it to the world. It’s just what happens on those days. It’s my schedule. I love Mondays and Thursdays because I know that I will always produce something on those days. I’ll get a result. That’s a good feeling.

For weightlifting, I train on Monday, Wednesday, and Friday. That’s the schedule every week. I’m not planning workout exercises. I’m not researching workout programs. I’m simply working out. Action, not motion.

For on–going goals and lifestyle changes, I think this is the best approach. Set a schedule for your actions and stick to it.

2. Pick a date to shift you from motion to action.

For some goals, setting a daily or weekly schedule doesn’t work as well.

This is the case if you’re doing something that is only going to happen once: like releasing your new book, or launching a new product, or taking a big exam, or submitting a major project.

These things require some planning up front (motion). They also require plenty of action to complete them. For example, you could set a schedule each week to write each chapter of your book. But for the book launch itself, you could spend weeks or months planning different venues, locations, and so on.

In a situation like this, I find that it’s best to simply pick a date. Put something on the calendar. Make it public. This is when X is happening.

For big projects or one–time goals, I think this is the best approach. Force yourself out of motion and into action by setting a hard deadline.

“However beautiful the strategy, you should occasionally look at the results.” —Winston Churchill

Motion will never produce a final result. Action will.

When you’re in motion, you’re planning and strategizing and learning. Those are all good things, but they don’t produce a result.

Are you doing something? Or are you just preparing to do it?

Are you in motion? Or are you taking action?