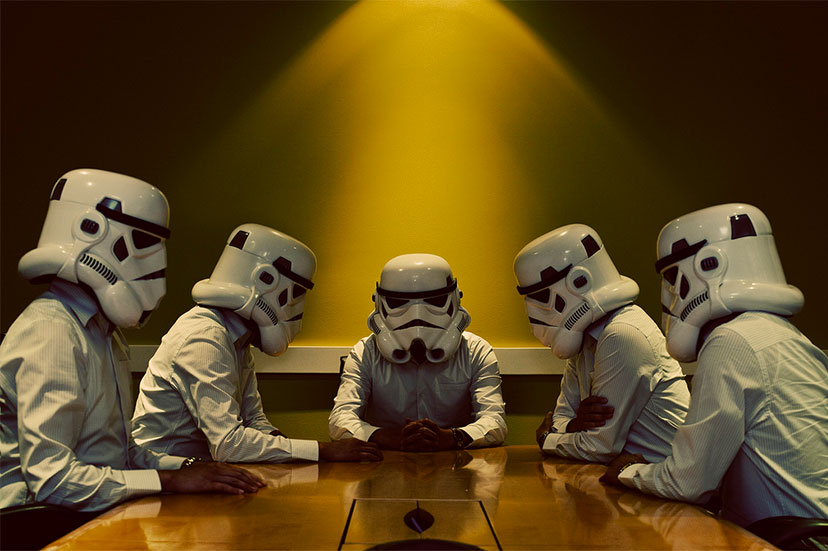 Have you noticed that the job interview often has a giant influence in the recruitment process?

Even in the Match.com approach to recruitment, it seems unlikely that the face-to-face job interview will ever go away.

As Wagner said, “There seems to be a certain human curiosity which can be satisfied in no other way than by seeing the man in the flesh.”

The truth is, for all our haughty ambitions, we simply possess modern skulls which house a stone-age brain. And your interviewer is just as influenced by nonverbal communication as the puffer fish, the peacock and the porcupine.

The Science Behind a Successful Interview

For example, in 1978, McGovern and Tinsely asked 52 employment recruitment professionals to evaluate one of two videos of a candidate applying for a job. The video showed a candidate with either “good” nonverbal behaviours (e.g. strong eye contact, high energy, high affect and high speech fluency) or “bad” ones, with striking results. A full 88% of those who saw the “good” nonverbal behaviour candidate decided to give him a second interview – compared to 0% for the “bad” candidate.

Most of us will have some naïve theories: good eye contact, a firm handshake and, vaguest of all, “just be yourself”. But in the age of behavioural economics and big data, untested assumptions just don’t cut it anymore.

So what is the nonverbal science behind a successful interview?

1. Eye Contact. Compared to an interviewee who averts their gaze, a normal-to-high degree of eye-contact correlates with rating an interviewee as credible and attractive. However, a second study found, importantly, that an unwavering gaze can lead to discomfort. So, yes, eye-contact is good – just don’t overdo it.

2. Handshake. Handshake quality is indeed associated with interview success. The firmness and rhythm of a handshake is significantly positively related to interviewers’ hiring recommendations; the strength alone increased positive perceptions of the applicant. Interestingly, the effect of handshake quality was not observed for women.

3. Agreeableness. Personality research appears to show that – for men at least – nice guys really do finish last in business. Similarly, assimilative body language behaviours such as overuse of smiling and nodding appear to be counterproductive in an interview context. However, this may depend on the job, with agreeableness being related to job performance in careers requiring interpersonal interaction, like customer service.

4. Attractiveness. It has indeed been found that job candidates’ physical attractiveness has a broad effect on employment decisions, but most findings are more subtle. For example, Andreoli (2009) discovered that, above a particular attractiveness threshold, there is a strong relationship between attractiveness and positive perception of job traits; but that ratings were low for both extremely unattractive and extremely attractive candidates.

Another study, meanwhile, found an attractiveness bias in interview evaluations but not in actual admission decisions. Interestingly, attractiveness can, in some situations, have a detrimental effect. Specifically, when the interviewer has low self-esteem, they can non-consciously feel threatened by the applicant’s beauty and seek to keep them from becoming a sexual competitor.

5. Makeup. Make-up (for women) was found, by one study, to be the most effective appearance-related variable, with women wearing make-up being rated as healthier, more confident, having higher earning potential and owning more prestigious jobs. Although two of the study’s researchers were employees of L’Oreal, the study’s reliability is supported by other research.

6. Voice Tone. An attractive voice (faster speech rate, fewer pauses, less variability in volume, lower pitch and higher variability in pitch) has been positively and significantly related to better evaluations in interviews and higher job performance ratings. Unfortunately, however, some researchers argue that speakers have relatively little control over the quality of their voice and are generally unable to change it.

7. Accent. A recent study asked American subjects to evaluate an audio clip of a candidate applying for a job. The candidate spoke with either an American, Colombian or French accent. The American candidate was evaluated significantly more favourably than the French one, with the Colombian one falling in the middle. The authors argue that this is due to a similarity bias – we like that which is familiar to us – and the principle likely applies to factors beyond just accent.

8. Saying “like”. When a job applicant overused the speech filler “like”, as opposed to “uh” or no hesitation at all, the interviewer was less likely to want to hire the applicant or recommend the applicant for hiring, and perceived the applicant as less professional.

Of course, this is just a small selection of variables believed to have an impact on success in the recruitment process – other factors are as varied as name, sporting interests and the colours used in one’s CV.

The point is that psychological factors play a huge role in interview success, and a proper awareness of them can make all the difference between losing and winning.

About the Author: Patrick Fagan writes for A Winning Personality and is experienced in applying psychological insights to competitive advantage. He also runs Psych Research, an individual differences testing platform for academics and businesses, and writes articles both for academic journals and press publications.