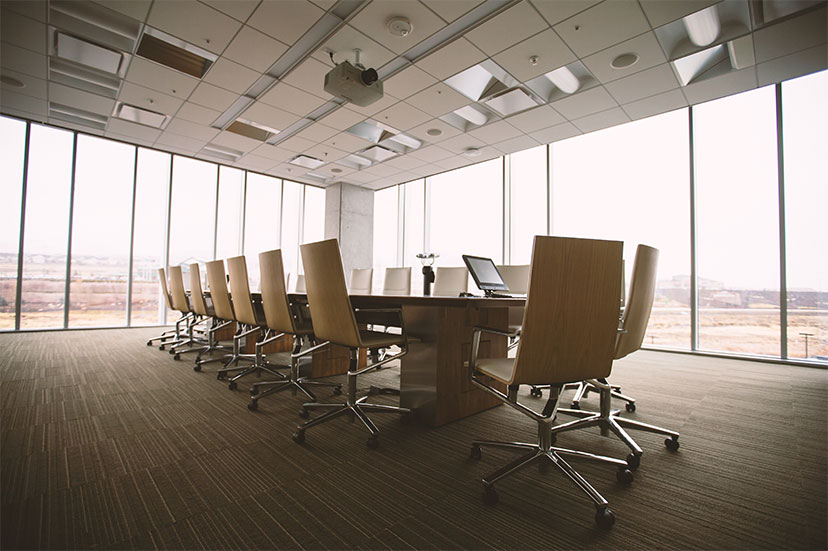 Deciding to quit your job is a big step that can be brought on by any number of reasons. However, there are times you feel you should move on, but the reasons are difficult to identify, and you are tied down by the bills that need paying and the family that needs support.

Mergers and acquisitions have become a commonplace occurrence in corporate America in recent times. During and after acquisition, employees will notice key differences in the new organizational structure and possible signals indicating that perhaps the new company won’t be good for their career.

If you’re caught in this situation and are wondering how best to assess the situation to determine your next career move, here are the warning signals to look out for. If you notice any number of them, perhaps it’s time to seek out a better opportunity in another organization.

1. The company lets go of people you esteem highly

Sometimes, after a major acquisition or merger, people you respect may end up being downsized or out rightly fired. This does not only apply to junior staff; even senior management can receive the cut, especially in cases of acquisitions. In one case, the president of the now-subsidiary company was let go in a move that stunned the entire organization.

When an employee, in charge of both internal and external communications, was consulted on the move, he said he thought the move had sent a wrong message to the employees, especially those of the subsidiary company. Such a drastic measure tells employees that everyone is dispensable. However, that could be the very thing that the new CEO is going for. If that doesn’t bode well with you, it’s time to start looking for your daily bread from a different bakery.

There is one keyword that plays out during mergers and acquisitions – creation of “synergy”. Somehow, this is meant to cream down all the cost-cutting measures, sourcing for cheap SEO layoffs and other stringent management policies.

You have probably seen it many times over if you’ve ever been caught in a merger/acquisition. For more compassionate take-overs, employees will be given a generous severance package, including notice to plan for their next career move and resources towards the same. However, this doesn’t always happen. Without explanation or context, some companies sever employees like gangrened limbs. Today, you are all employed and happily doing your jobs, tomorrow, a huge chunk of the staff is nowhere in sight.

Today, downsizing and reductions in force (RIFs) are an accepted part of business. However, this is no excuse for dispensing with your workforce’s respect and dignity. If you survive the cut, you may want to start looking someplace else, because the same knife might come for you at any time.

3. Increase in level of incompetence

After a merger/acquisition, it’s common for organizations to make overly drastic cost-reduction measures, like getting rid of essential individuals and custodians of company history as well as those multi-faceted employees seamlessly filling the shoes on multiple jobs.

When these people leave a company, the inadequacies of the underperforming staff members left become more prominent. This upheaval of a system that previously functioned competently could cause major ineptitudes to come forth, ruining the face of the new organization.

While there is some inherent incompetence that is the result of the transitional process, if it persists six months into the take-over, it may be time to move along.

4. Your new boss doesn’t get the business

This is a common and unfortunate result of any transition: the new in-charge has little understanding of the business operations, client requirements and your role in the entire scheme. Fortunately, this is usually easily discoverable, and the next few moves will determine whether you are comfortable staying and educating your boss, or packing your bags and moving on.

5. Growth opportunities in the new organization are blocked

Mergers and acquisitions unavoidably come with blockage of any growth opportunities, especially for employees in the subsidiary company. Commonly, any vacancies created in the acquisition/merger are filled by employees from the parent company, who they would rather ‘protect’ for some reason.

If your employer is acquired and vacancies are arbitrarily filled by employees from the parent company, this is a clear sign that you should proactively invest energy towards sourcing alternative employment, given that your chances of advancement in the new organization are dramatically reduced.

6. Removal of development and retention programs

Most often, in a bid to realize the aforesaid “synergistic operation” as soon as possible, management of the parent company tends to implement drastic cost-reduction schemes. Commonly, the first in line out the door include employee retention benefits like education reimbursement programs, long-term incentives as well as career developmental training programs.

Getting rid of such programs aimed at bettering an employee just to reduce costs is hardly a good sign, both in the short and long term.

Mergers and acquisitions result in cut-downs that effectively increase the volume of work to be done per employee, without matching it with extra remuneration. This goes against the very definition of synergy – improvement of productivity accompanied by reduction of cost.

While this sounds palatable for investors and other stakeholders, actual implementation of said ‘synergies’ result in extra burden for the employees who are left in the organization. Those who survive the cut-downs most often have to take on the job descriptions of the employees that are fired in addition to their own. This is almost never accompanied by a corresponding increase in their salaries, influence or title, if any at all.

If you’re forced into such a situation, the inevitable result is physical as well as emotional exhaustion and burnout. To avoid the ensuing frustration, it’s important to determine as early as possible whether the new arrangement works for you or not, and consider what other options you have.

These signals not only apply to mergers and/or acquisitions, nor are they exhaustive. If you notice them in your organization at whatever time, you may want to give second thought to your future within that organization.

That being said, there are some inherent teething problems with transitions of every kind, so patience must be exercised to a degree. If you see no improvement in time, or there are more symptoms adding onto the list, plan your exit strategy. However, except in the direst of circumstances, do not leave your current workplace unless you have a better one lined up.

Michael Bentos is an experienced digital marketer and part of the team at ParadoxSEO.com – the powerful platform that makes SEO simple. He offers cheap SEO packages designed for startups and small enterprises, so that they are not left out due to hefty costs. You can follow him on twitter @spspyrouseo. You can connect him via linked-in.