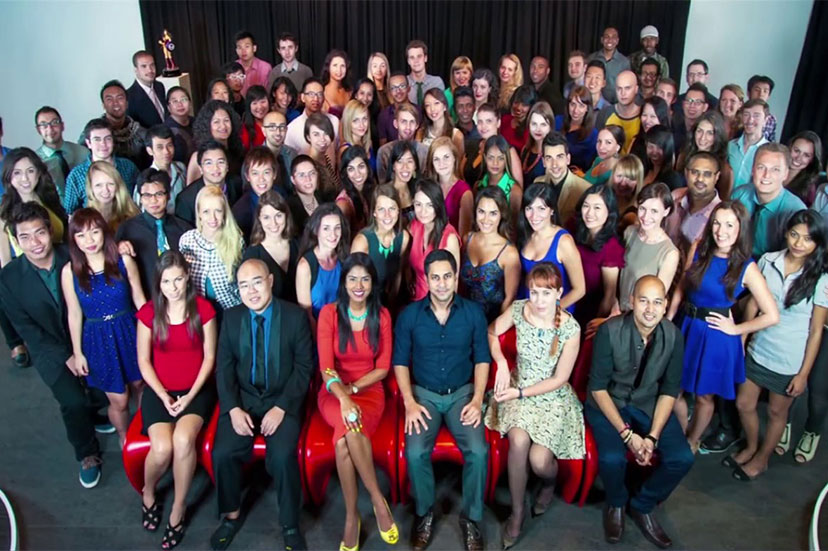 In 2002 Vishen Lakhiani operated his small business, Mindvalley out of a bedroom in Time Square.

It was a shady little apartment that previously had been a Thai massage parlor.  Later that year, due to visa problems he was forced to head back to his home town of Kuala Lumpur, Malaysia.

But this lent itself to some problems.  First, all of Vishen’s clients, partners, and vendors were US based.  Second, Malaysia has a massive brain drain problem.  Every year 1% of the educated population leaves for the developed world to find jobs.  In 2007, 140,000 of Malaysia’s smartest minds left the country.

In 2008-09 that number rose to 305,000.  So how was Vishen going to be able to convince talent to work for him, when the smartest people were leaving constantly?

Buckminster Fuller once said, “You never change things by fighting existing reality.  To change something, build a new model that makes the existing model obsolete.”

So Vishen set a goal to make the world’s greatest workplace.  By creating a workplace in Malaysia where people wanted to work, he could essentially make the existing model in Kuala Lumpur obsolete.

Today Mindvalley is recognized by INC, WorldBlu, and several other sites for their innovative workplace and culture. 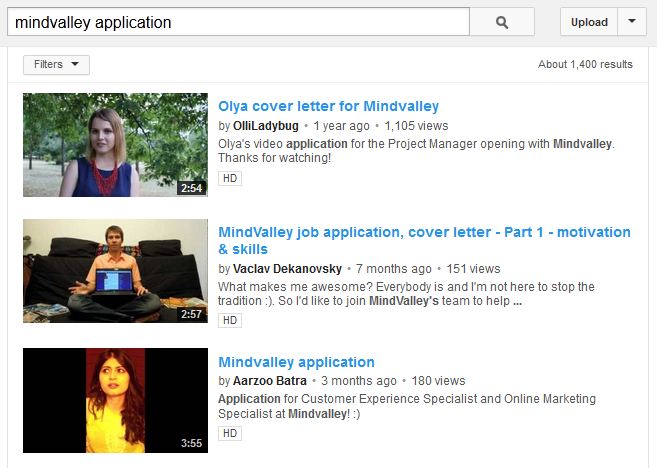 And there’s plenty of evidence that employees are feeling the same way as well.  If you search on Youtube for “Mindvalley Applications” you’ll find over 1400 videos of people competing for Mindvalley jobs.  To give you a scope of the people applying, Mindvalley employees from 31 countries all work in one office as a result of their mission to create the world’s greatest workplace.

How they got there and what they practice will amaze you.

Vishen found there are five pillars to running a world famous workplace.

“When you blend the lines of work and play, employees will find a way to make their work productive.” – Vishen Lakhiani

The first thing they wanted to do was to give their employees a beautiful environment to work in.  Vishen believed, if you created a place that was more appealing than the other places your employees go to hang out, they’ll end up wanting to stay at work more. 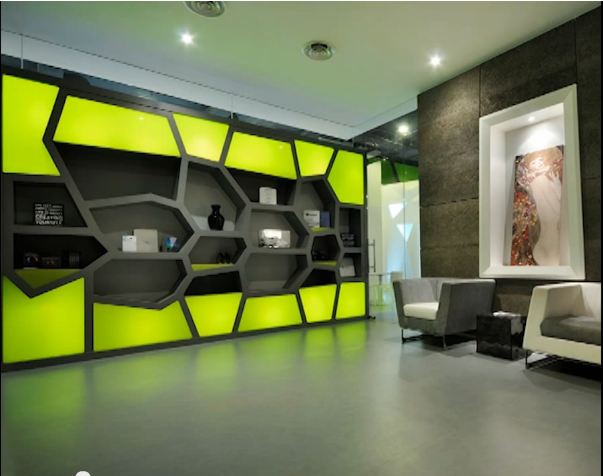 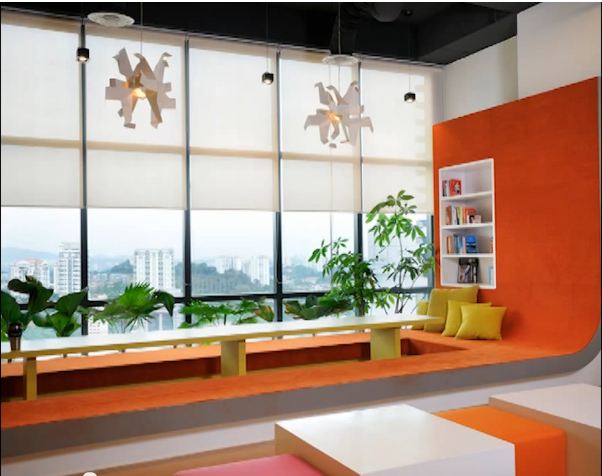 The second thing Vishen implemented was Flexitime.  At Mindvalley, they don’t care if you take off a Monday to see a movie then come back on Sunday to make up the work.  As long as the work gets done they’re happy. 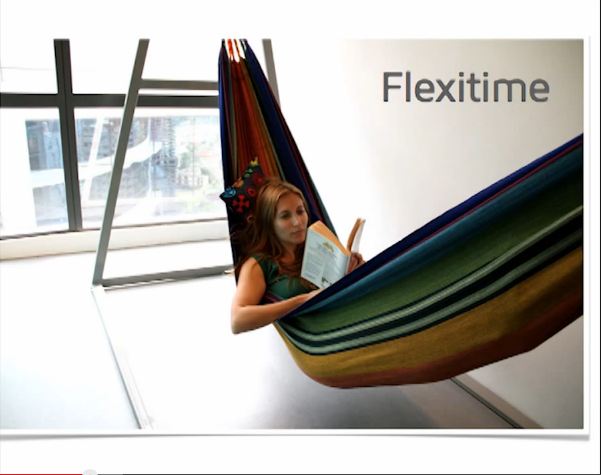 Because Mindvalley attracts talent from all around the world, Vishen wants to make sure he fosters an environment where his employees can have social experiences.

So he flies them to paradise islands, hosts parties, and runs events.  His ultimate goal is to make the employees friends, because it’s a lot easier to come into work each day if you know you’ll have a friend there with you. 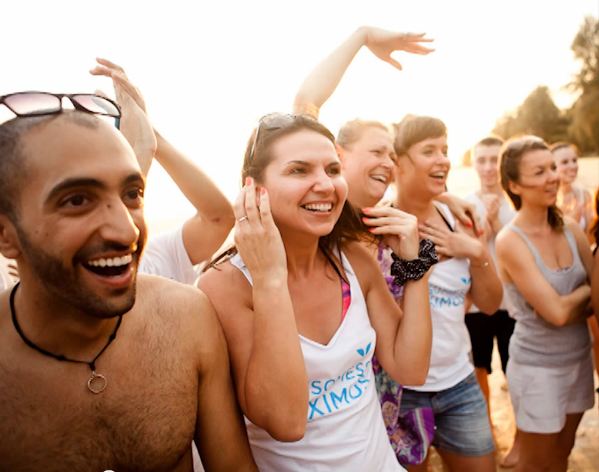 Typical companies hold weekly meetings.  Instead of doing the routine of updates and progress charts seen in most of these meetings, Mindvalley instituted something called The Awesomeness Report.

Here they talk about their key accomplishments for the week but they share it in a way that’s similar to a stand up comedy act.  They describe it as watching The Daily Show. 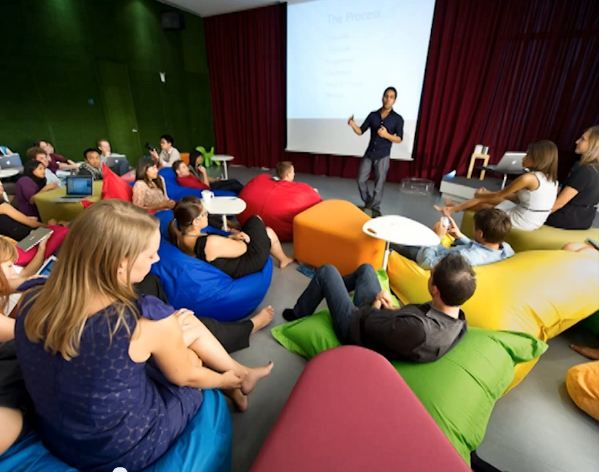 Another way they build happiness into the company is by making the work place more democratic.  One way they do this is through a process called “Ask”.  Here questions are submitted anonymously to the management for them to publicly answer. 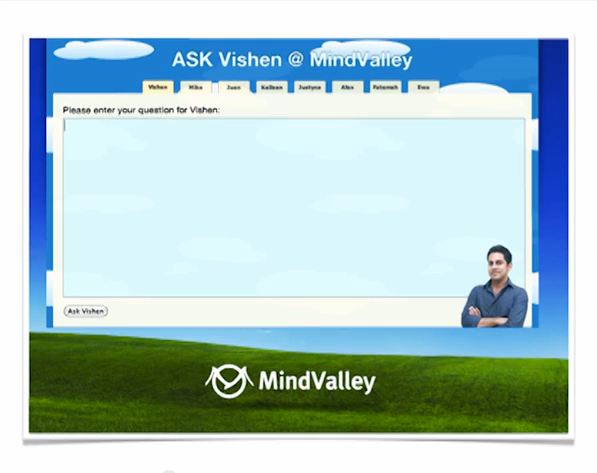 Mindvalley is a publisher of Personal Growth products.  They currently have around 1 million subscribers reading their content, but their goal is to touch 500 million lives.

Having this kind of impact on such a large audience is what keeps Mindvalley’s employees engaged.

This part of the formula borrows ideas from the computer game industry.  Game designers understand what it takes to keep gamers interested in their products.  Quests are the equivalent of your day to day work task, only in games, you actually want to complete them.

One of the concepts Mindvalley applies to the work are Badges for your desk.

So for example, if you are recognized for your ability to get work done quickly, they throw The Flash on your desk.  Everyone in the office sees it and knows you’re a speedy worker. 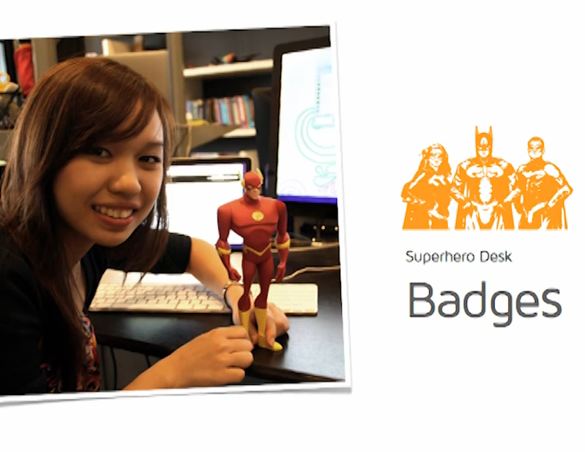 Mindvalley also “levels up” their employees through other methods.  One example is their “Bell of Awesomeness.”  When you do something truly remarkable your managers or employees can nominate you for the Bell of Awesomeness.  This gets rung maybe once or twice in an employee’s career so when it happens everyone pays attention. 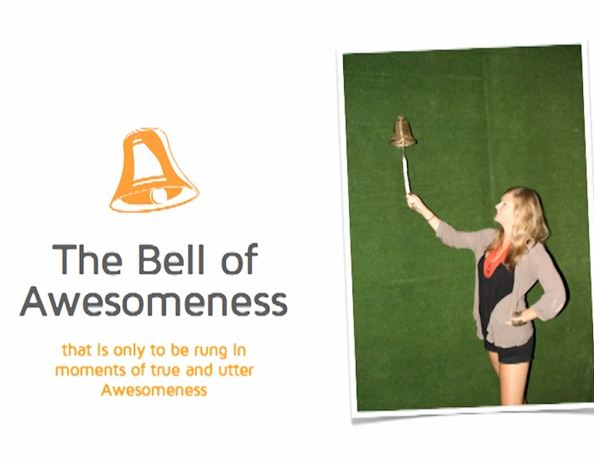 Another gamification element they apply are Community Voted Leader Boards.  These help employees know who’s doing things well and who to get help from if you are looking for ways to improve. 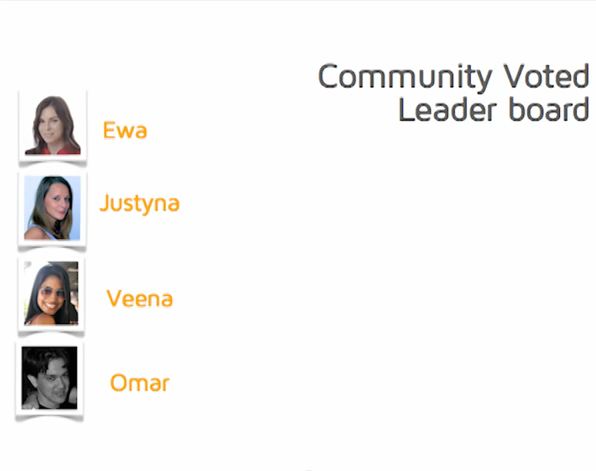 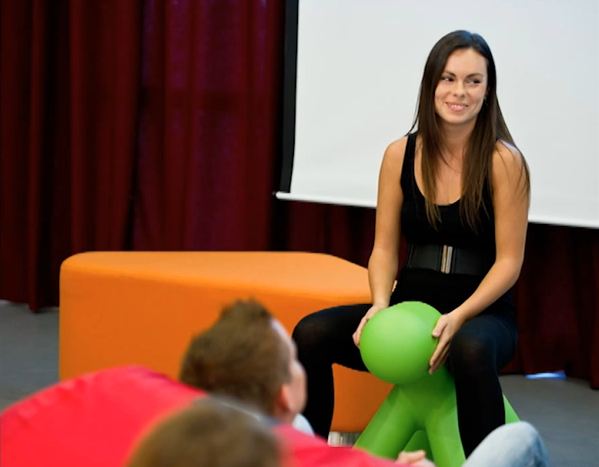 When you finished all a game has to offer sometimes it’s the little hidden things that make all the difference in keeping you interested.  At Mindvalley, they implement the Easter Egg idea by having a secret committee plan a surprise event, gift, or party twice a month.

For example, you might come in one day and find the company has brought Starbucks in for all their employees, another month you might find the cool tech gadget your department was interested in trying out.  You never know what’s in store for the day and it keeps you interested in your workplace. 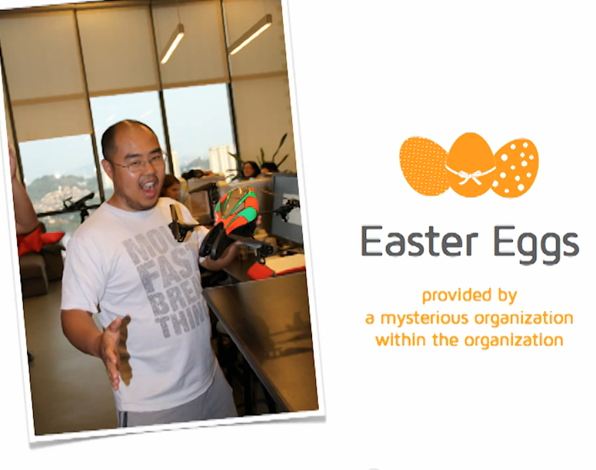 When you do the same thing over and over again you start to stagnate.

So, to make personal growth a part of their work, Mindvalley has the 45/5 rule.  What this means is employees will typically work 45 hours a week, but for 5 of those hours they are required to invest in themselves.  As a result, Mindvalley offers an unlimited budget for Amazon books.  Employees are encouraged to pick any book they feel can help them further their career or life and to go ahead and read it on the company’s time. 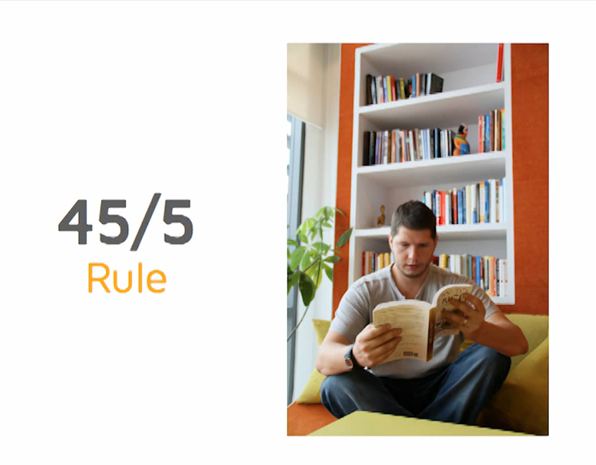 Mindvalley even went as far as to make an auditorium called the Hall of Awesomeness where guest coaches and speakers are flown in to help grow and educate the Mindvalley team. 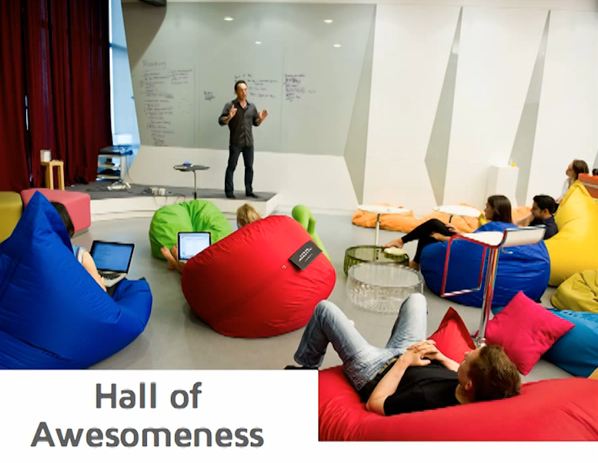 Perhaps Mindvalley’s proudest mark of personal growth is their Dream Manager.  Here they keep a bulletin board with three things about each of their employees.  First, what are the experiences or objects you want to attain in your lifetime?  Second, how they want to grow?  It could be public speaking, learning to cook like a chef, or learn a new language.  Third, what do you want to contribute to the world?

These then become a goal of the company to make a reality in their employee’s lives. 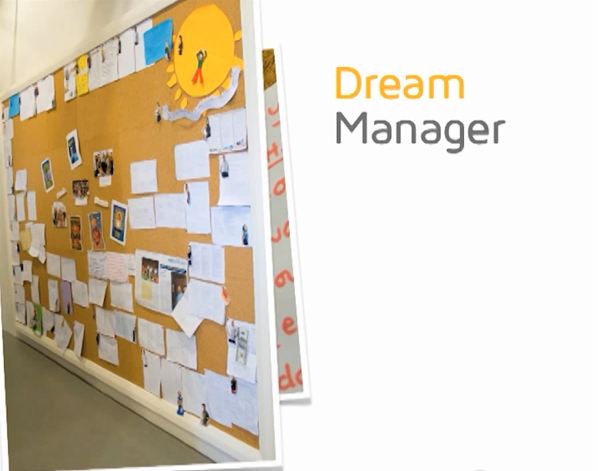 Mindvalley has their own version of the Holstee Manifesto.  They call it their Code of Awesomeness.

The employees helped come up with it and it embodies how the company works.  In addition to their code, Mindvalley also has their own language.  For example, often they’ll refer to someone’s work as Awe-gasmic, which means the work was so impressive it sent shivers up their spine. 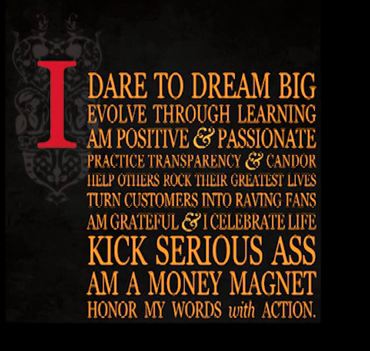 By doing this, they help blur the borders between company and customers. 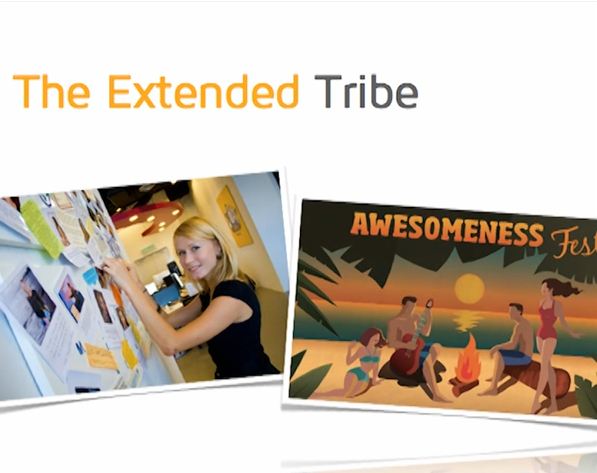 The last part of Mindvalley’s tribal dynamics comes from their Mindvalley Insights.  Here they make the Mindvalley principles involved in their marketing, management, and culture available for free to anyone interested in learning. 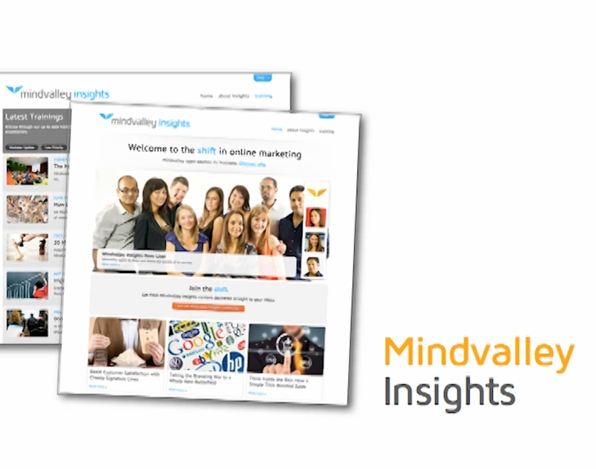 Why Does This Work?

Looking back at these five principles you’ll see interesting models that tie many of these pieces together.

First,  Happiness + A Noble Mission = Flow.  Think on the times you’ve been happy in your work and it’s attached to something grand.  How did you feel?  Did work just seem to fly?  Did everything just seem to flow?

Second, Tony Robbins said there are two great spiritual needs people have.  Contribution and growth.  When you apply a noble mission and personal growth to your workplace, you’re doing just that.

And finally, Dave Logan has something called a Level 4 Tribe, which is a pinnacle companies try to achieve.  If you study it, you’ll see that Happiness + A Noble Mission + Tribal Dynamics = A Level 4 Tribe.

Research clearly shows multiple benefits from several of these principles on their own, let alone when they are combined.  Loyalty, innovation, hard work, fulfillment, and revenue growth are just a few.

But Vishen is most proud of the impact it has on the individuals.  He sees around 25% of his employees go on to become entrepreneurs after working at Mindvalley for longer than two years.  That’s powerful.

You can see Vishen’s Ted Talk where he talks about their unique approach to the workplace below.

Workplaces have come a long way since our grand parent’s generation.  Many of them are much more employee friendly than they used to be.

What I shared here are just five of the things workplaces can do to make them the world’s greatest workplace.  But what say you?

Do one thing for me please.  Share in the comments below what you think it takes to be the world’s greatest workplace.

I’ve also started a Reddit thread asking this same question there.  Feel free to check it out here.